Newsreels Online – The internet film newsreel archive called 'Filmhíradók Online' was created in 2009. Initially, due to the Hungarian Film Archives, it introduced the film news of the Hungarian World Newsreels.

Gramofon Online – In launching the Gramophone Online project, we sought to make available and promote early audio documents of Hungarian popular culture that are preserved in a now outdated format.

Moving Picture Gallery – MozgóKépTár was the first CD-ROM series in Europe to use parts of moving images as film history illustrative material. The series is used around the world for educational-illustrative purposes. During the making of the 6 CD-ROMs, an integrated system comprising 16 databases was built.

Film Archive material in other databases: 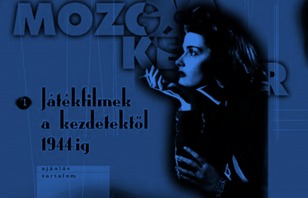 An English-Hungarian multiplatform publication (1996-2008) and online database. The original aim of the project starting was to create a bilingual CD-ROM series on film history, but over the years an integrated online database has also been established.