"It’s not enough to be Hungarian, you also have to be talented!” This notice was allegedly fixed to the wall of a Hungarian-born Hollywood producer’s office. In the first half of the 20th century, in part it was Central Europeans who made the American dream: emigrants took with them something of the collapsing Austro-Hungarian Monarchy blighted by wars and revolutions, and the most successful artists adapted their stories and experiences of life to Hollywood. Their dramas and visual language still have an impact to this day. This in part fed off the popular culture of the Monarchy that collapsed exactly 100 years ago, in 1918, and partly perhaps from experiencing and surviving historical cataclysms. The Marathon undertakes an exciting code-breaking session: in part by assembling and screening the films that served as inspirations, and in part with a round-table discussion to decipher the secret of ‘human touch’ and Ruritania, the imaginary Central European country. 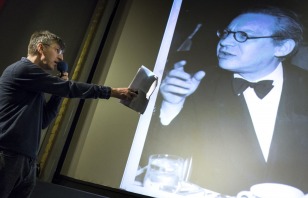