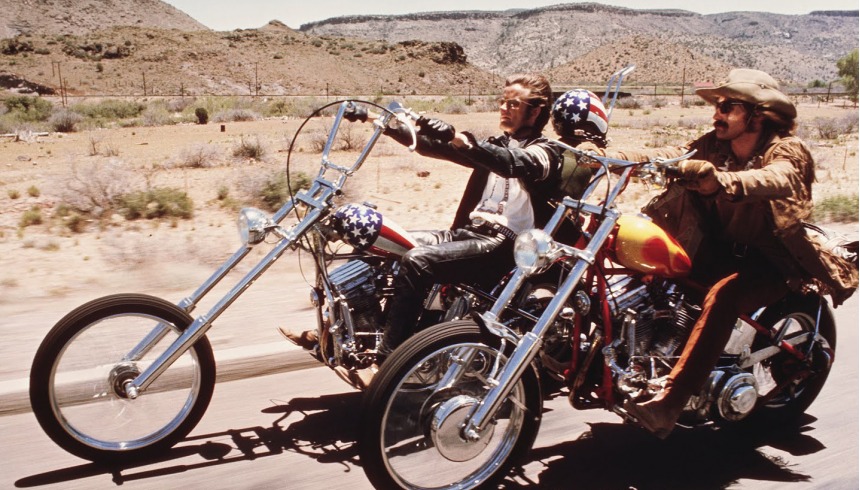 The rolling gag is linked to a specific character, where he/she keeps coming out with anexpression or pun time after time. The best-known Hungarian rolling gag goes “Easy rider,öcsém” /“Easy rider, buddy”/, that for Hungarians is impossible to conceptualize without hearing the voice of Imre Csuja. Dennis Hopper’s cult film erects a monument to the longing for freedom, to a vast, overwhelming, strong America, to an era when masculinity was alsomeasured in horsepower. This film not only bumped up sales of bikes and jackets, but formany it also served as a lifestyle consultancy. So many saw this bygone age as the age of opportunity: the opportunity to break away from society and smash through social barriers.Although the denouement of the film suggests that small-minded people still restrictfreedom, still the final message is that it is worth taking the risk for such a level of liberty.