In just eight days, there are no fewer than 17 extraordinary film presentations in the gala hall of Uránia National Film Theatre. Audiences can also meet world-famous artists at six prime screenings. 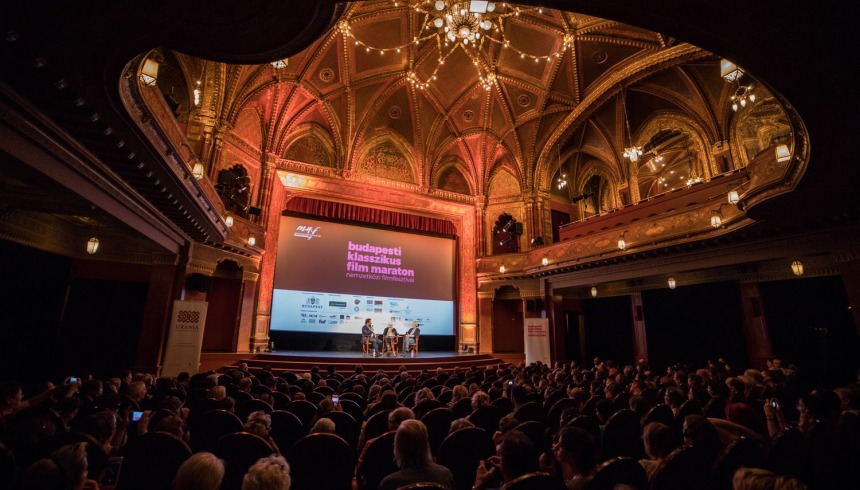 At the opening on 4 September, the recently restored version of the film Örökség/The Heiresses, which was also included on the competition programme of Cannes Film Festival, is shown in the company of the director Márta Mészáros and cinematographer Elemér Ragályi.

On Thursday 5 September, Menzel’s magnificent Hrabal film, Cutting It Short, is on screen, with protagonist Magda Vášáryová in conversation with actress Vica Kerekes.

On Friday 6 September, the irrepressible French actor Pierre Richard visits the Uránia, where we can meet him prior to a screening of his film I'm Shy, But I'll Heal.

On Sunday 8 September, Gábor Bódy’s monumental Psyche is on the programme; the star guest is the extraordinarily expressive German legend Udo Kier.

Film music is centre stage on Tuesday 10 September: we are screening Jane Campion’s Oscar- and Palme d’Or-winning The Piano in the company of composer Michael Nyman.

The programme concludes on 11 September with the digitally restored classic by István Szabó, Sweet Emma, Dear Böbe. Special guest for the evening is the Oscar Prize-winning director as well as the two lead actresses of the piece, Johanna ter Steege and Enikő Börcsök.