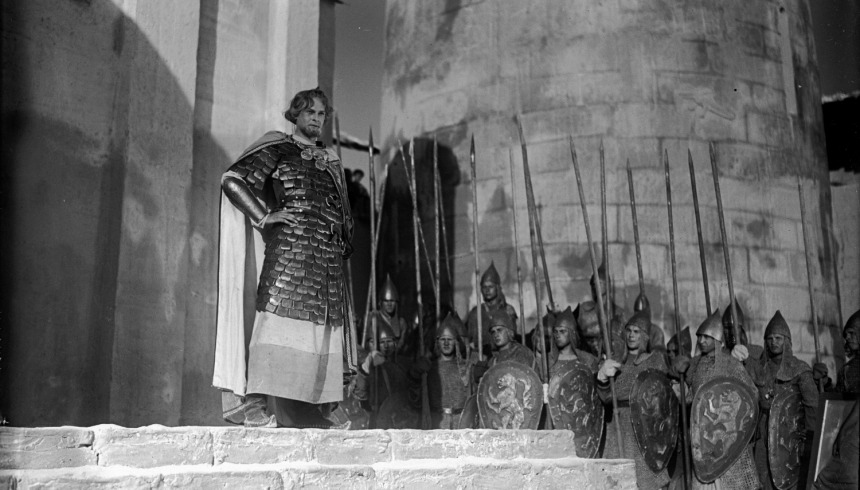 The celebrated Russian composer Sergei Prokofiev also ranks among the most significant composers of film music, as his score for Alexander Nevsky can deservedly be enjoyed as a stand-alone work as well – a status which few film soundtracks attain. One of ther easons for this is that Eisenstein, in this film portraying the Battle on the Ice in 1242 (inwhich Alexander Nevsky triumphed against the invading Germans) employs numerous operatic devices. In the iconic scene which shows the approaching Teutonic troops and Nevsky’s attention focusing, it appears as though Nevsky were singing an aria. This scene could be used to illustrate how we can learn from the great masters of the past about combining editing and music. Because of the snow- and ice-covered landscape, the snow-laden fir trees, white clothing and grey houses, this masterpiece would be unimaginable in anything but black and white.