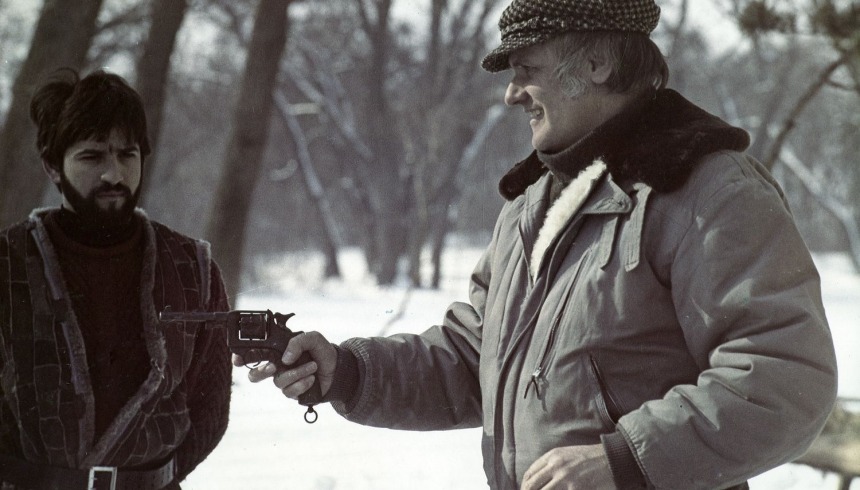 In February 1969, Miklós Jancsó shot his eighth feature film Sirocco, in the forest near the town of Kecskemét with János Kende as cinematographer. Georg Pintér's film was shot during the 14-day shoot. Miklós Jancsó talks about his relationship to the film in the pictures.