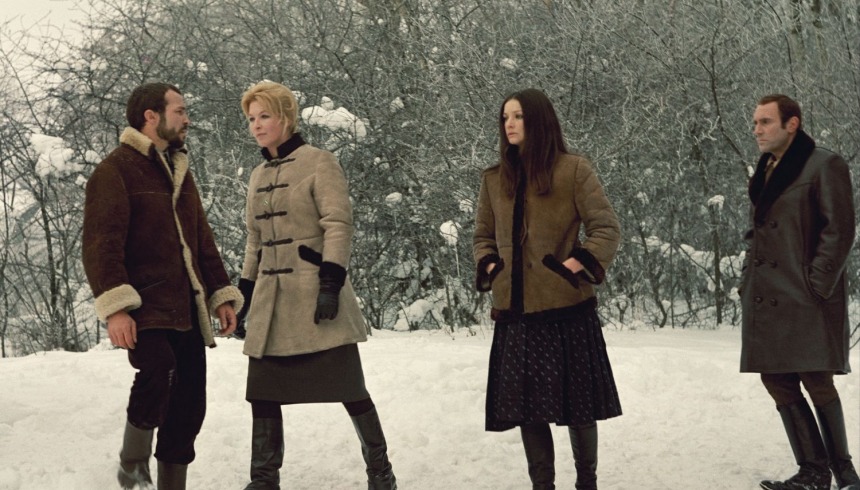 The theme Jancsó keeps returning to, the relationship between power and violence, is examined in this story set in the 1930s. Somewhere on the south Slavic border, a secret militia training camp operates on a remote estate: Croatian separatists are preparing to assassinate the Serb monarch. Yet here the emphasis is not on the specifics but far more on the way history repeats itself. Jancsó’s ‘regular’ actors are joined by international stars; Marina Vlady and Jacques Charrier partake of the waltz of arms and political slogans.