The Man Who Had His Hair Cut Short 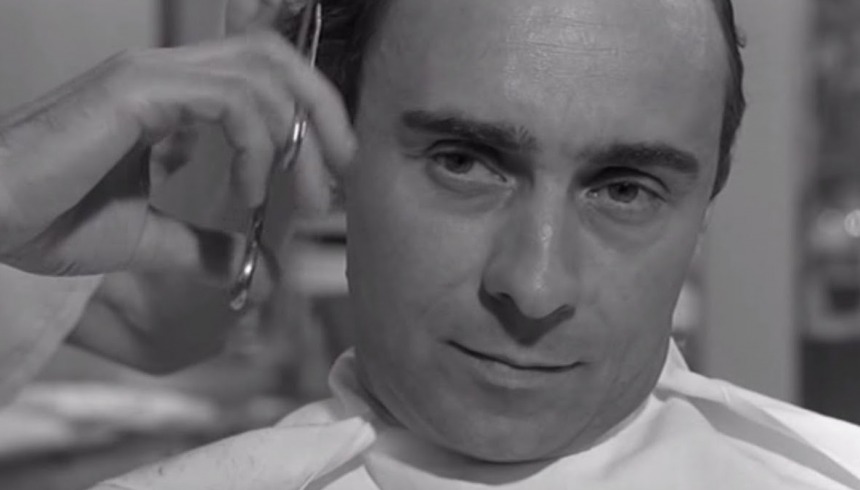 André Delvaux’s masterpiece comprises three clearly separate parts: the first, in which we meet the schoolteacher (Senne Rouffaer), whose hair is cut short with professional hairdressing tools that appear to be almost instruments of torture. All the while he is thinking of his infatuation for a final-year, beautiful student (Beata Tyszkiewicz). To free himself of these agonizing emotions he switches jobs, resulting in him attending an exhumation. The two long monologues on beauty in the scene following the lengthy and unforgettable exhumation make it evident that this film is about much more than the depiction of romantic love: it is also about illusions, qualities attributed – mistakenly – to people, reckoning with illusions, about beauty and desire. It is as though this Belgian drama made in 1966, and particularly its third part in which the teacher is now a prisoner carrying out manual labour, had been written by the greatest Belgian painter, René Magritte. It appears as a mixture of illusions and dream sequences. Yet it is uncannily real.