What do the films of Márta Mészáros give the world?

Given the time constraints, it is impossible to cover her entire oeuvre, so please allow me to highlight from her 30 films and countless documentaries just a few fascinating frames that shed light on the remarkable position Márta Mészáros enjoys in Hungarian and international filmmaking. 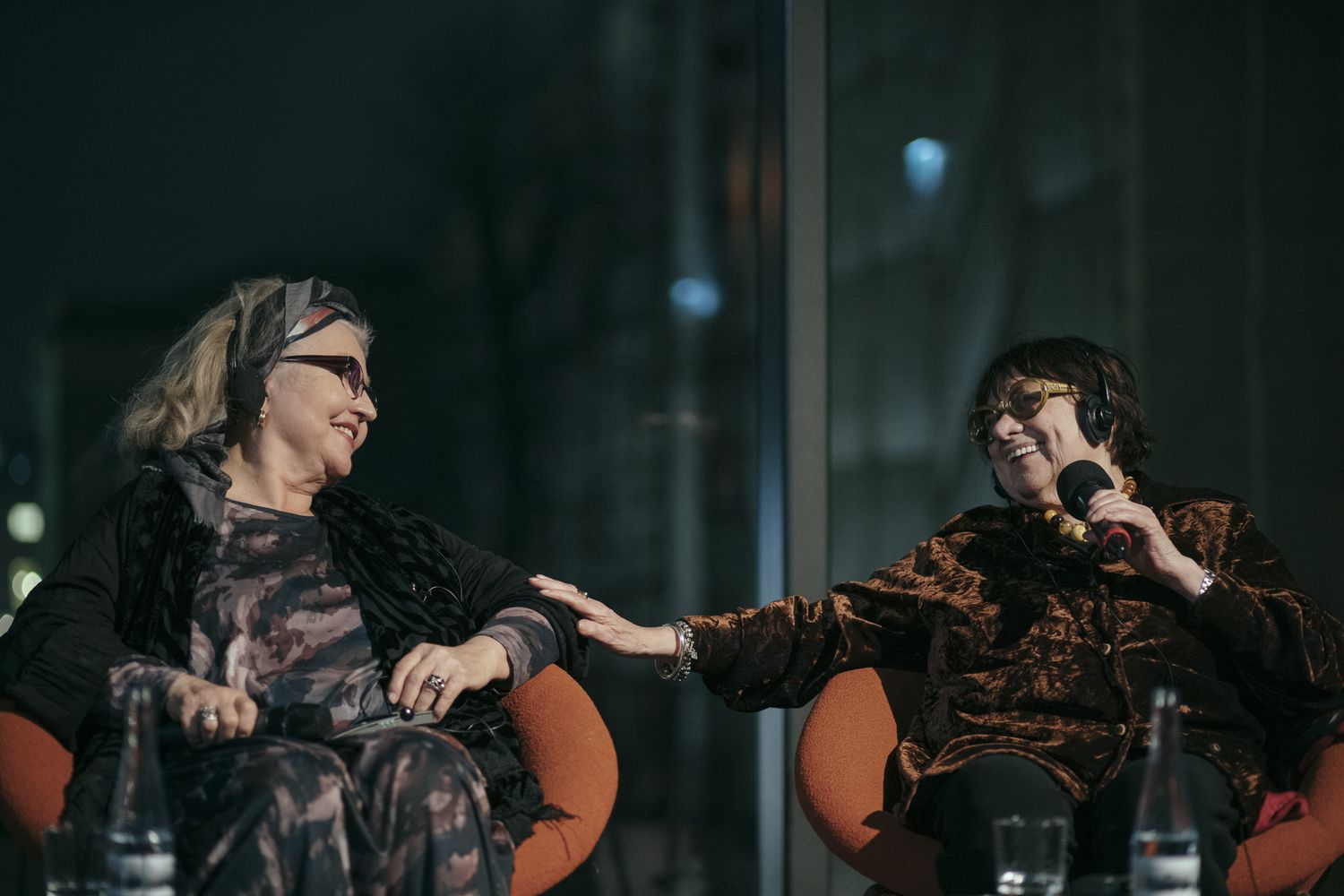 The first picture is from Adoption, the 4K restored version’s premiere was screened yesterday, which won her a Golden Bear (the first woman to receive one) at the West Berlin festival in 1975, making her one of the world’s most significant female directors along with contemporaries Agnes Varda, Larissa Shepitko and Vera Chytilova. The runaway girl, permitted to stay by the widowed, lonely working woman, suddenly pretends to collapse into tears because of her intractable fate. Kata goes to her and gives her a hug, while we only see her face, then the girl turns, slowly looks up – smiling and laughing. Kata, feeling she has been fooled in her spurt of motherly feelings towards the girl, slaps her. The girl sighs heavily and slowly pushes the woman away, while the camera focuses on the woman. She just stands there, unblinking and wide eyed. “What’s the problem?” the girl asks. “Nothing,” answers the woman. She turns to the lathe. Through the depiction of faces that illuminate the soul, the scene demonstrates the enormous emotional fluctuations between the women, and the moment when Kata realizes: she, in fact, gave herself the slap. At this point, she comes to the decision that she has to change her life. Although the girl does not remain with her, Kata does accompany her to the institute and manages to win the grudging acceptance of the uncaring family for the girl to marry the boy she loves.

The second is a scene from Nine Months that won a FIPRESCI prize in Cannes in 1977. After an argument, the lover of the hero of the film, Juli, bursts into the girl’s room. Juli struggles for a while and then gives in. In the following scenes, the man is eating in the room and Juli, in her ripped nightdress, tells him from the bed: “You use me like an animal. Come here!” She goes to the table, brings some food and gently they start to feed and cuddle each other. When, however, she finally understands that the man does not respect her integrity, she leaves him and gives birth alone. This was the first feature film to show the act of giving birth, the greatest moment in life, with documentary-like reality.

Through these lean, puritan films, Mészáros spoke in a language other than that of pioneers of the Hungarian New Wave and Modernism such as Miklós Jancsó, István Szabó, István Gaál, Sándor Sára and Zoltán Fábri. She saw Hungarian reality and its uncharted terrain from the aspect of the female soul and female relationships. After making documentaries for ten years, she shot her debut feature film in 1968. We see for the first time self-aware Hungarian women in whom the demand for integrity awakes, and their struggle to shape their fate and vulnerability. Mészáros was always very receptive to trauma, the defencelessness of people, also because of her own background: when she was just 10, at the outbreak of war, her sculptor father fell victim to Stalin’s purges in Kirgizia, and two years later her mother also died. For years, she had to struggle with hunger, fear, hardship and being orphaned. Her films differ from the works of the contemporaneous ‘Budapest School’ at the Béla Balázs Studio in that she does not concentrate on the social background, showing only as much of it as is important from a psychological point of view. She wrote these works with selected artists in mind. The hero of Adoption, Kati Berek, the lead player in Nine Months, Lili Monori, and the protagonist of the Diaries, Zsuzsa Czinkóczi, are all radiant characters about whom Mészáros knew full well that they would live the role and not merely act it.

The undisguised, sensitive and hugely profound depiction of human relations, which was typical for 11 films of Mészáros’s ‘quasi-realist’, co-production period, culminated in works combined with a historical aspect: in 1980, 17 years after the first screenplay version, she was finally able to start her own personal story, the Diary series. The teenager (alter ego of the director), returning home from the Soviet Union after the war, is trapped between the dogmatic, childless foster mother and the uncompromising uncle reminiscent of her murdered father. Diary for My Children depicts the era in the refraction of this psychological, emotional triangle where even the smallest private motif is woven through with Stalinism.

The third strong image that I retain from this film is about the prison governor foster mother who wants to adopt the girl, getting her to sign a document about the disappearance of her father. The girl, who witnessed her father’s arrest, is unwilling to sign, even when ordered, and rejects the lie that her foster mother terms as ‘history’. “I’m only sorry for you, Magda,” she says, and leaves the woman. The film that won the Grand Prix du Jury in Cannes in 1984 and the succeeding three volumes undertook nothing less than showing how after 1947 the Soviet Union could ‘export’ the model of Stalinist authority to the countries of Eastern Europe using psychological, political manoeuvring. Similarly to Andrzej Wajda’s Man of Marble or Pál Gábor’s Vera Angi, all this is achieved with such an acuity of vision and profundity that future generations could learn from these films what Stalinism truly meant and how the 1956 Revolution occurred.

This year 10 Márta Mészáros films will be restored in the program of Hungarian Film Fund, Filmarchive.