28 October is International Animation Day, and on this occasion we take a look at what the National Film Institute has achieved in 2020 to preserve Hungarian animation and what projects are still ongoing.

The last few days have witnessed the launch of restoration work – in fact, 4K digitization – on György Kovásznai’s animation film Habfürdő (Bubble Bath, 1979), which is being realized through the efforts of the Film Archive and Filmlabor team of restorers (the entire project is expected to take three months) and in the framework of the campaign of the Association of European Cinémathèques (ACE) to promote classic films.

The idea for the programme series Season of Classic Films was initiated by Cineteca di Bologna, Deutsche Kinemathek, EYE Filmmuseum and the National Film Institute Hungary – Film Archive at the Cannes Film Festival in 2019. The objective of the project sponsored by Creative Europe is to promote the digital restoration of gems of European filmmaking and, through their presentation across a wide spectrum, draw attention to the work of film archives in Europe.

The project catalogues can be seen here.

Bubble Bath was artist and animation director György Kovásznai’s first, and only, full length film. The musical animation mood-movie is a love triangle story set in the heart of Budapest, which spoke a radically new language in comparison with Hungarian storytelling films made for children of that era based on classical literature. János Másik composed the characteristic music and catchy jazz melodies featured in the work. The ‘hybrid’ film featuring unusual, bold stylistic animations and reportage film inserts divided professional opinion when it debuted, it was misunderstood by contemporary critics and viewers, but it has since become a cult film.

In addition to Bubble Bath, the digital restoration and renewal of numerous other Hungarian animation films is underway at the National Film Institute.

Early film commercials by Gyula Macskássy have just been sent to the Film Archive’s scanner in 4K resolution. The foremost project of 2021 will be the all-round digital restoration of the 40-year-long oeuvre of Gyula Macskássy, also known as the father of Hungarian animation. It is being carried out in collaboration with the Film Archive and Filmlabor, with completion scheduled for 2022, the 110th anniversary of the birth of the director.

The complete digital restoration of 16 auteur short films made between 1964 and 2002 by Sándor Reisenbüchler, who gained international fame for his collage animations, is being finalized this year. A start has been made on restoring the films of Zsolt Richly as well as the short films of István Orosz made under the aegis of Pannónia Film Studio. The latter have already been screened at Uránia National Film Theatre on the occasion of a festival of works by the graphic designer-director in September.

International and domestic audiences have seen and will continue to see in the near future restored animation films at numerous festival screenings, in cinemas and online. The Zagreb Animafest, the world’s second oldest animation film festival, was staged in September. At this event, a tribute was paid to classics of Hungarian animation within the frame of a selected panorama programme. In addition to an extensive selection of short films, the programme also included Bubble Bath and Fehérlófia (Son of the White Mare) digitally restored in an American-Hungarian co-production.

Marcell Jankovics’s 4K resolution, fully restored films Son of the White Mare and János vitéz (Johnny Corncob) were released in North America this year courtesy of Arbelos, and in Germany the Bildstörung distribution company is preparing for the presentation of Son of the White Mare.

The digitized, gift box DVD edition of Macskafogó (Cat City) directed by Béla Ternovszky will be available in shops this year and next year the gift box set of films by Marcell Jankovics will be published by the Film Archive.

The National Cartoon Festival is being organized online between 13-15 November. This year it pays tribute to the oeuvre of Ferenc Rófusz, whose recently restored, Oscar-winning animated short film A légy (The Fly) was made exactly 40 years ago. 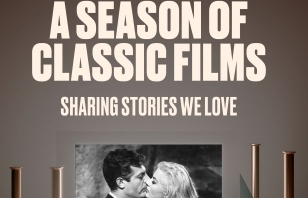 ‘A Season of Classics Films’ is a series of free screenings between December 2020 until June 2021 across Europe to raise awareness of the work of European film archives.