The album containing 40 photographs, which it is thought Warner Bros. Studio made specifically for Michael Curtiz (Mihály Kertész), was gifted to the Film Archive by Linda Goldfarb, the director’s grandniece, who lives in California.

The 23x26 cm album contains several rare, previously unpublished pictures: portraits, werkphotos taken on location in Vienna, Berlin and Hollywood, photos of the family and at social events. The earliest picture dates from 1914, the latest from 1949. They include shots from the visit Curtiz paid to Hungary in 1931, as well as head of Warner Bros. Jack Warner’s tour of Budapest in 1937.

At the Film Archive, 2019 is dedicated to Michael Curtiz. A full, 4K restoration of Az utolsó hajnal (The Last Dawn), his spectacular adventure-drama film shot in Hungary in 1917, is launched this year. A fragment of the film came to light in Austria in 2004, and a complete copy in the Netherlands in 2005. The analogue restoration was completed in the Haghe Film laboratory in 2010. Michael Curtiz: A Life in Film, a comprehensive monography by Alan K. Rode, is published in Hungarian by Osiris Publisher and the Film Archive. We also plan a retrospective of films by Michael Curtiz at the Budapest Classics Film Marathon in September.

Michael Curtiz was born Mihály Kertész in Budapest in 1886. He was a leading figure of the first generation of Hungarian film directors, shooting in Denmark, Cluj-Napoca, Budapest and Berlin, and he had completed more than 60 films when, in 1926, he emigrated to the United States at the invitation of Jack Warner and joined Warner Bros. Studio. In a long career in Hollywood he made more than 100 movies, costume adventure films (Captain Blood), film noirs (Mildred Pierce), musicals, dramas and comedies. His greatest work, perhaps the finest wartime melodrama in film history, Casablanca, won Oscars for best film, best director and best screenplay in 1943. It is still considered to this day one of the best American films of all time.

Turn the pages of the album here: 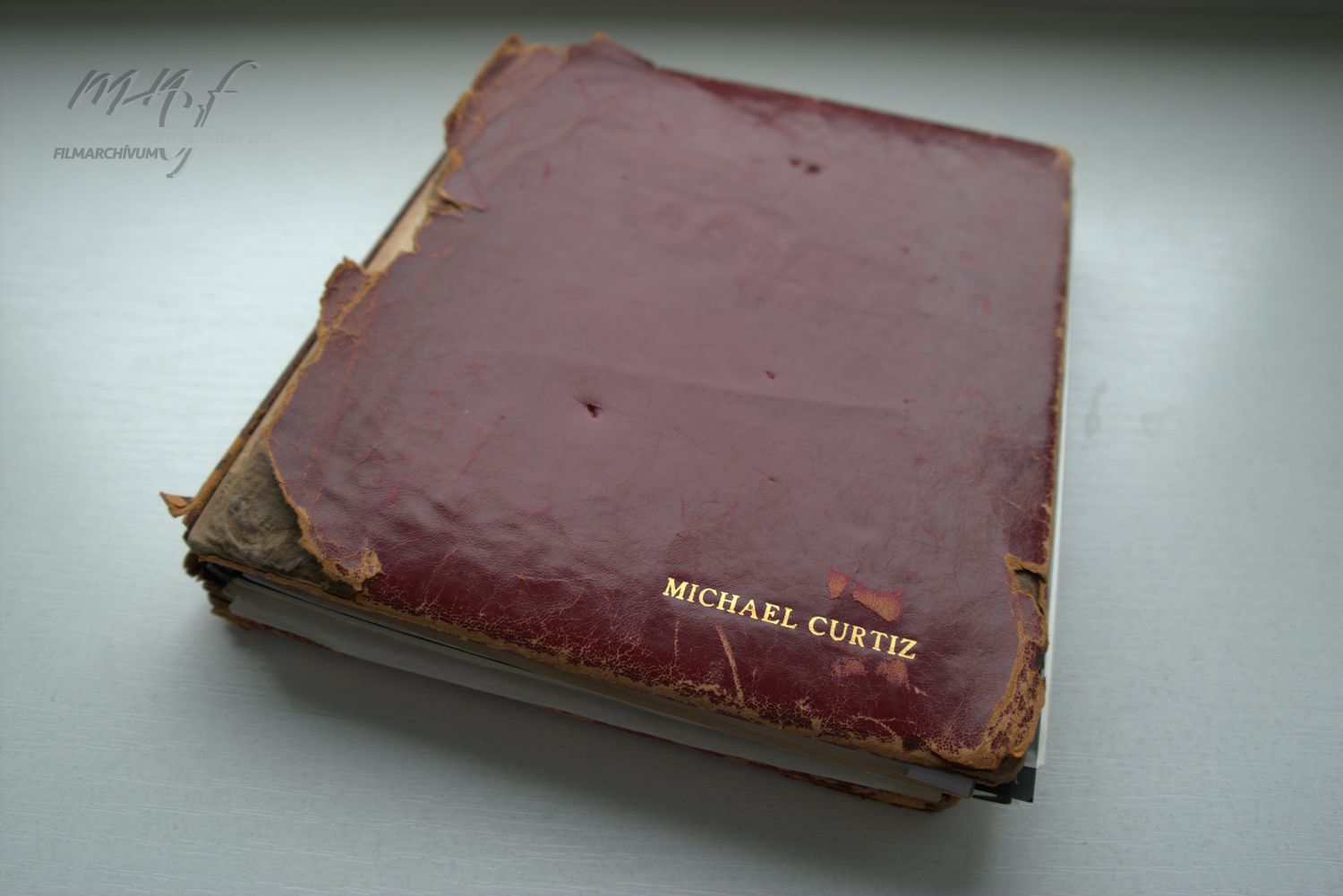 For several years, the Film Archive has been dealing with the heritage of Michael Curtiz, the research, preservation and restoration of the approximately 40 films he shot in Hungary. This is why it was especially pleasing to enhance the collection with a personal item, the photo album, which was donated to the Film Archive by Linda Goldfarb, a grandchild of one of the sisters of Michael Curtiz. We asked her about the fascinating background to the family and the album.

What is the relationship between you and Michael Curtiz?

My grandmother was a younger sister of Michael Curtiz. There were seven siblings in the Kaminer (Kertész) family: Michael (Mihály), Gábor, David (known in the family as Dezső), Lajos, Regina, Kornélia and my grandmother, Margit. After Michael, my great-grandmother was the first to arrive in the United States; she was brought to Hollywood by Michael ahead of the persecution of the Jews in 1939. She was soon followed by Gábor and David. However, Margit, Lajos, Regina and Kornélia stayed in Hungary. My grandmother was deported in 1944 and her husband died in Auschwitz. She and her daughter, Kató, survived the Holocaust. My father, Lóránd Manhart, studied in Strasbourg during the war, from where he sailed to the United States in 1941. My grandmother followed him after the war, and my great-aunt, Kató, along with her husband and two daughters, came after them only years later.

I am sure you have a few personal memories of Michael Curtiz?

Yes, as a child I met him a few times in Hollywood. He had a large house with staff. I remember his wife, Bess Meredith Lucas, too. Michael once asked me whether I wanted to appear in one of his movies, but according to my parents I replied with a categorical ‘No’. On one occasion, we had lunch with them and as a child I have this indelible memory that there was paper decoration even on the fried chicken. I was also amazed at the secret button underneath the table, with which he called the staff. The house with large swimming pool stood on the top of a hill at the end of a long drive. It may have been in Encino, but I’m not certain of that.

How did you end up with the photo album?

The album was Michael Curtiz’s, maybe Warner Bros. Studio made it for him, and later it was given to my parents. A few years ago my father dug it out and gave it to me when my daughter decided that she would be an actress in Hollywood. She did indeed appear in a few films under the name Emilie Odeile in 2004 and 2005, but she quit the acting profession after this. However, the album stayed with us.

The album contains quite a few rare photographs that any American film collection would be delighted to own. Why did you decide to present the album to the Hungarian Film Archive?

After my father passed away, I thought that the album should go somewhere where it would be appreciated. Ági Rados, my Hungarian friend, was the one who first found Tamás Yvan Topolánszky, winner of the main prize at the 42nd Montreal International Film Festival for his film Curtiz, which is about my great-uncle. Tamás told me about his film and I spoke to him about the album. Initially I promised to give him the album, but when I got in contact with the Film Archive I thought this would be a better place.

You were born in America yet you speak fluent, accentless Hungarian. How did you learn the language so well?

Yes, I was born in California and I have lived here all my life. I worked in an attorney’s office in San Francisco for 30 years, currently I live in St. Helena with my husband, where we have a winery. But my parents and my grandmother spoke to me in Hungarian right from birth, thanks to which I speak the language well.

Have you ever been to Hungary?

I visited Hungary with my husband for the first time last July. It’s a beautiful country... we toured Budapest and the Balaton.

We hope that from now on you will come to Hungary more often. Thank you very much for the album, which will be a treasured item in our photo archive collection.

I am delighted that you are pleased with these surviving photos of my great-uncle, Michael Curtiz. If only my grandmother and my father could have lived to see that his memory is held in such high esteem.