It was exactly 50 years ago when the competition at the 21st Cannes International Film Festival was cancelled. The year was 1968.

It was the only occasion when two Hungarian feature films had been officially selected for the competition programme, which comprised 27 full-length feature films. They were Miklós Jancsó's Csillagosok katonák ‘The Red and White' (1967) and Sándor Sára's Feldobott kő ‘Upthrown Stone' (1968). Hungary had known success the previous year, when Ferenc Kósa's Tízezer Nap ‘Ten Thousand Suns' won the prize for Best Director. Then, in 1968, Milos Forman's film 'The Fireman's Ball' (1967), which was also nominated for the Academy Awards, Carlos Saura's 'Peppermint Frappé' and Jirí Menzel's 'Tightrope Walker' were, amongst others, scheduled to be in competition between 10-24 May.

The festival dates unluckily coincided with the student protests going on all throughout France. Many universities were closed and strikes were widespread. Despite all of that, the festival opened its doors on 10 May.

Sándor Sára's autobiographical film was screened: 'Upthrown Stone' looked at the bloody history of the 1950s with an unusual visual power. The main character is a young land surveyor who by the end of the film becomes a film director; through his theodolite, viewers can witness an inverted Hungary in a long shot. Sára's film received applause from the festival audience, but 'The Red and White' by Miklós Jancsó would never be screened because the festival was stopped.

To show solidarity for the social movements across the country Directors of the Nouvelle Vague Francois Truffaut, Jean-Luc Godard, Claude Lelouch, Claude Berri, Roman Polanski, Louis Malle, Jean-Pierre Léaud and others fermented revolution in the grand hall of the festival centre; Monica Vitti, Roman Polanski and Louis Malle resigned their seats on the jury; and Alain Resnais, Carlos Saura and Milos Forman withdrew their films from competition and urged the closure of the festival and the democratisation of film production.

'The Red and White' by Miklós Jancsó (photo: MNFA)

Screenings were finally interrupted on 13 May. Jancsó's grandiose film examines the structure of revolutionary forms of behaviour by modelling the 1918 Russian civil wars, similarly to Szegénylegények ‘The Round-Up' in a specific historical situation. It was shown in Paris, then in Pesaro, where approximately 1 000 people watched it in stunned admiration. Jury member, Monica Vitti, later recalled that she would have liked Jancsó's film to receive the Palme d'Or and expressed a desire to work with the director. A few years later, the opportunity arose to film in Italy with a screenplay by Giovanna Gagliardo 'La Pacifista' (1970). 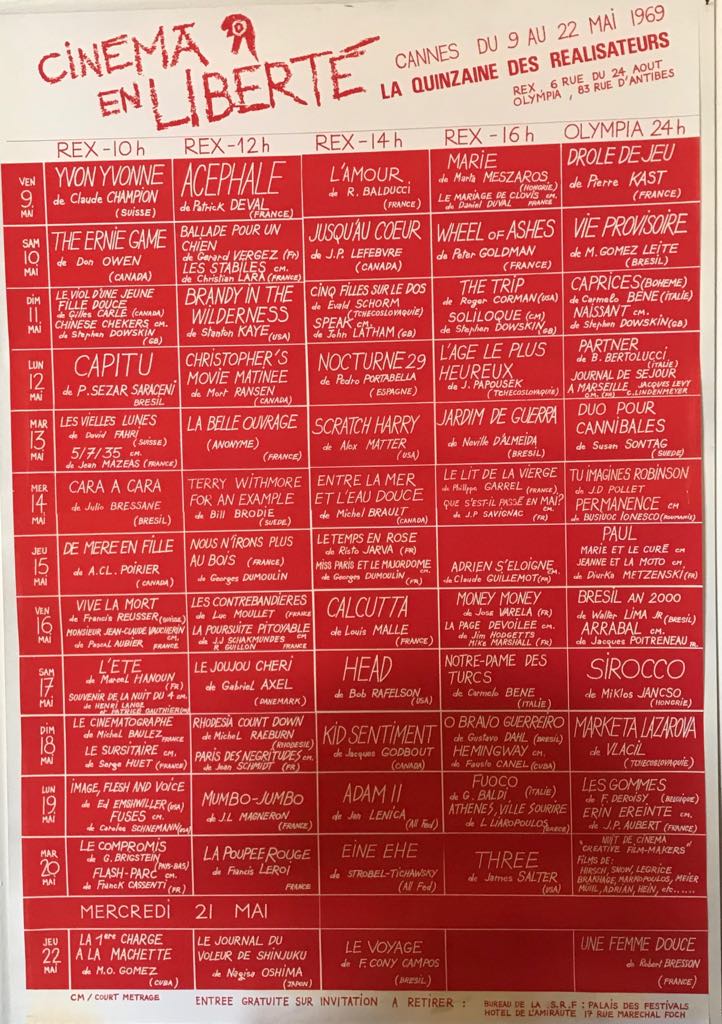 As a direct consequence of the Cannes ‘revolution', on 14 June 1968 and at the initiative of the Société des Réalisateurs de Films, an event series (La Quinzaine des Réalisateurs, or Directors' Fortnight in English) was established in parallel with the festival's official programme, which became a forum for the world's young writers and experimental filmmakers. Sixty-eight full-length feature films and 40 short films featured in the series' first selection in 1969, including the Miklós Jancsó work Sirokkó ‘Winter Wind' (1969), the film by Márta Mészáros Holdudvar ‘Binding Sentiments' (1968) and Judit Elek's Meddig él az ember ‘How Long Does Man Matter?' (1967).

As part of this year's programme, the first two of those feature films were screened once again: 'Winter Wind' on 29 March and ‘Binding Sentiments' on 12 April, and their posters can be seen on display in the framework of this year's Directors' Fortnight series in Cannes. 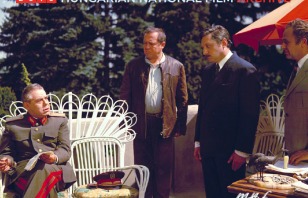 The Film Archive at the Cannes Classics.