The Man of Gold 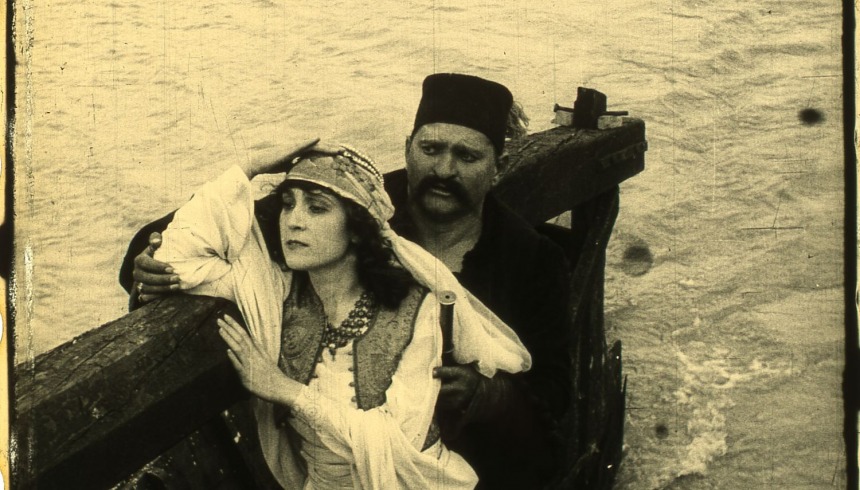 The hero of the film comes into possession of treasures of the immensely rich pasha fleeing the Ottoman empire, and quickly he becomes one of the wealthiest businessmen in the country. He takes the pasha’s daughter as his wife, but the marriage is unhappy: he would give everything to his wife from his massive fortune, but the only things that join them are gratitude and sympathy. Finally, he finds true happiness alongside a young woman living outside society in a hidden corner of the Lower Danube, on Senki (Nobody) Island. Three film versions were made from the Mór Jókai novel. The pure ambience of Jókai’s century is exuded from the shots of the first version directed by Sándor (Alexander) Korda 100 years ago, filmed in original locations and composed with particular fastidiousness. Korda and his fellows read Jókai with a more naïve and childish eye, the oriental opulence is more authentic in their film, the Danube is more romantic, and Senki Island is more mysterious than in later versions.

The dramatic story of the first directed Hungarian film footage is told in this creative animation film.