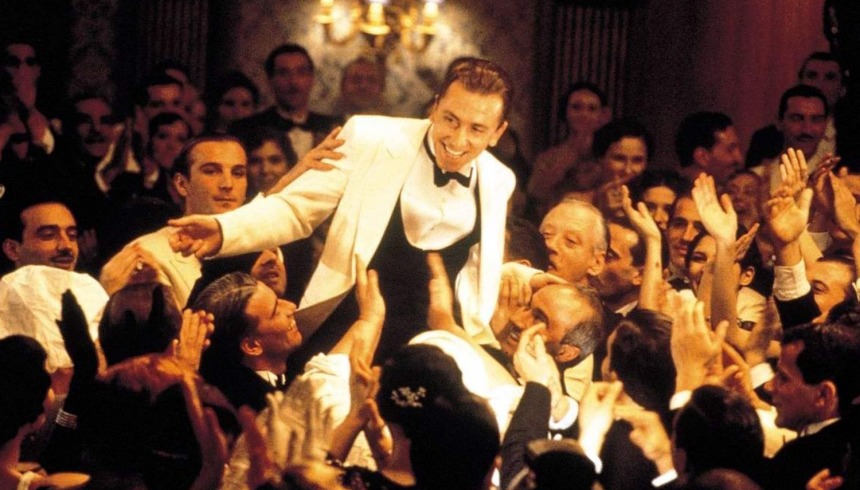 The title of Italian star writer Alessandro Baricco’s hit novel is Novecento, that is 1900, because the pianist (played by Tim Roth in the film) who was born on the ship is exactly the same age as the century. The perfect work is played in this film, and the ship on which the pianist lives and from which he has never disembarked is actually a metaphor. A metaphor of creation. The perfect work must be played in this film. And no-one else but the greatest Italian film composer, Ennio Morricone, is qualified to write such a piece. His quasi-piano concerto etude is, from every angle, that is, from the perspective of the acting, cinematography (Lajos Koltai), direction, choreography, the most brilliant scene. One can become lost in this music, in the pianists’ duel, just as one can become lost in this film.