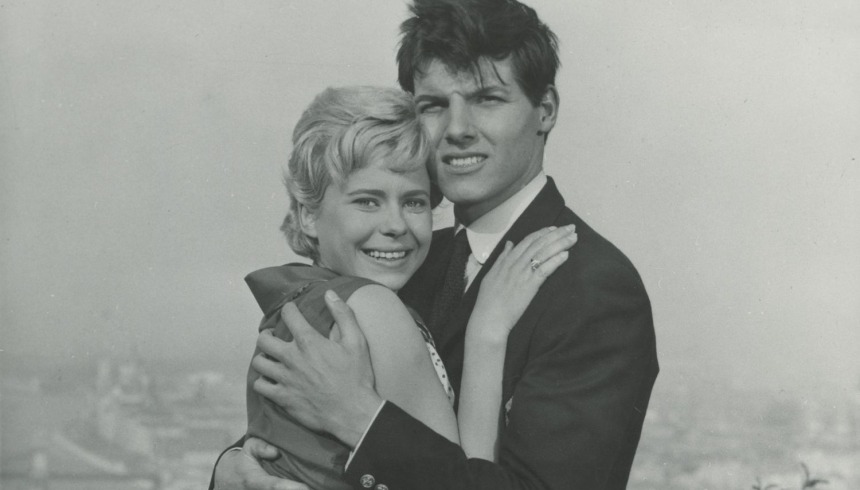 The fact of Richard Thorpe, known for his Elvis movies and the most famous Robin Hood adaptation, filming in a country shut off behind the Iron Curtain was, in 1963, of near equivalent significance to the concert by Queen in Budapest over two decades later. True, right at the beginning of the film the cast deny that the Iron Curtain even exists. Members of the Stevenson family (born for sleuthing) cross the Danube into Hungary freely, as though there were no border controls at all. There’s the father, who is lecturing about detective work at a conference in Budapest, and his children who are tracking down a two-person international ring of thieves who have stolen the priceless Herm of St. Ladislaus. The Golden Head is also a promotional film for the country. Its interest lies not only in how it was a forerunner of the popular Hungarian film The Pagan Madonna but also that it gives an in-depth view of Budapest in the early 1960s. Elizabeth Bridge is still being constructed, there is almost no traffic on the roads, thieves clamber over the bridge structure. It is a delight to recognize so many familiar places.