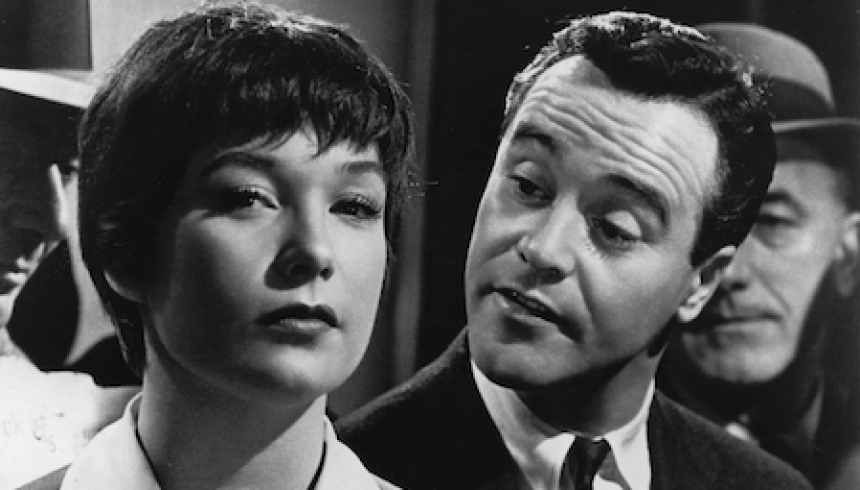 The Apartment is considered one of the best films directed by Billy Wilder, who has a reputation in comedies, even though this film is anything but a comedy. The storyline – it is about a man handing over his apartment to his boss for his trysts, and who for a long time does not know the identity of the secret lover – is definitely sombre. The milieu of the workplace, the endless corridors and offices, the stifling atmosphere of bureaucracy sucking all oxygen from hope is totally depressing. Nor is the apartment a cheerful spot, either. Yet, thanks to the acting of the two main protagonists, there is some sort of light joie de vivre in the whole movie, a sort of warming melancholy that brings one to the instant realization: this is a masterpiece and there are actually no wasted lives. One of the most effective stage sets of all time is the powerful and Oscar winning work of Hungarian Sándor Trauner (Alexandre Trauner).