Song of the Miraculous Hind 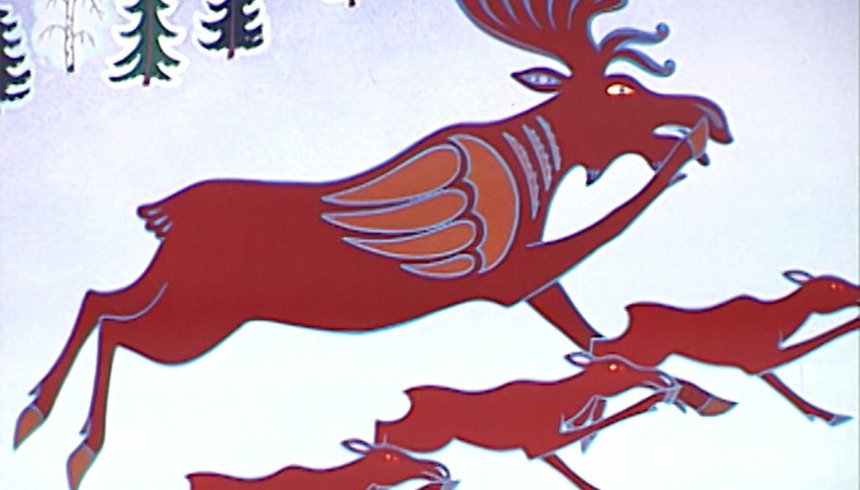 The film covers the ancient history of the Magyars in four successive chapters built on cycles. According to original versions of the miraculous deer legends recorded among the Obi-Ugric kin peoples, we derive from a bird, a four-legged predator, and a deer. This is followed by the Hunor-Magor myth in the style of rock paintings; the legend of Álmos that can be linked with the myth of the white horse seen as the descendant of the deer, and the story of Géza, the victorious prince concluding the great undertaking of the Conquest with Christianity, evoking Chronicon Pictum. – The restored version of the film was completed in the in-house restoration workshop of NFI Film Archive. It debuts at the 4th BKFM film marathon.