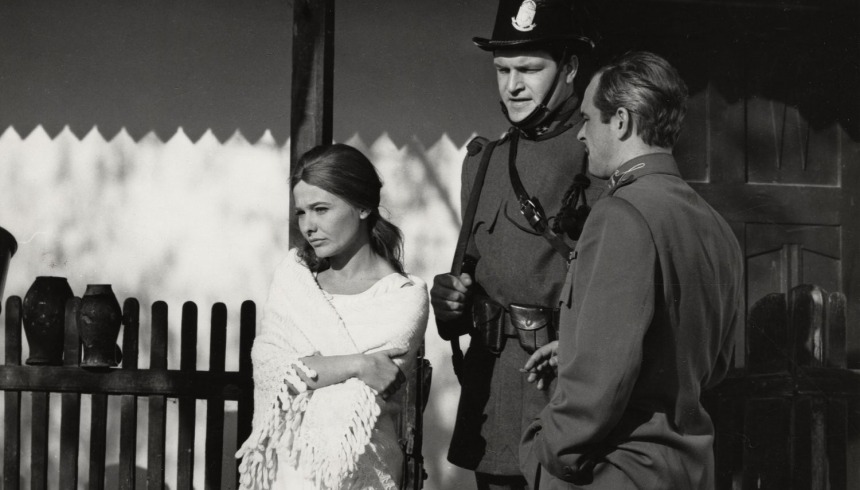 The peasant family hiding a former Red soldier lies at the core of this story played out during the time of reprisals following the collapse of the communist Republic of Councils. Instead of reconstructing specific historical events, Jancsó prefers to deal with the ‘modelling’ of the power relations depicted. The complex choreography unfolding in front of the continuously moving camera roving across the bleak landscape debuted cameraman János Kende and marked the beginning of a long-term collaboration with Jancsó.