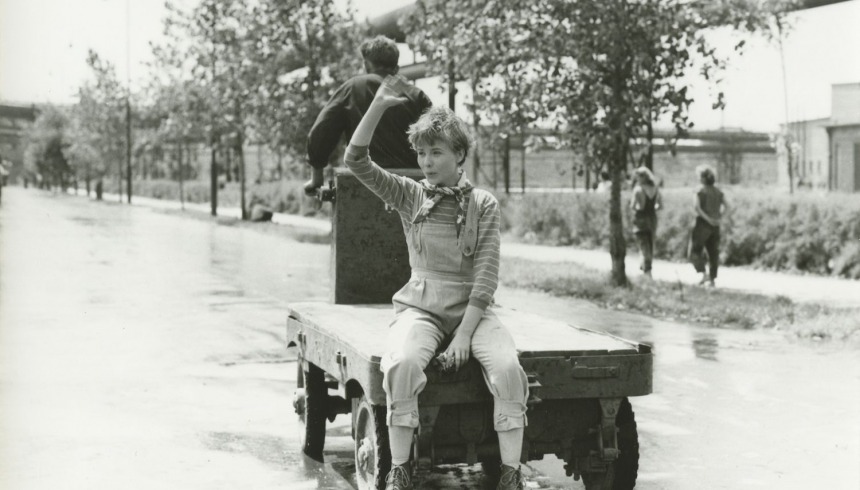 The ‘Kid’ in the title is one of the youngest employees at the Iron Works in Dunaújváros. The clumsiness of the teenager results in many upsets and hazardous situations to the iron workers and, of course, herself, but she is not sacked because everyone loves her. The works director is on her side and she also finds a supporter in the police. The Kid transforms into a woman and suddenly all the men are vying for her attention. Mari Törőcsik’s role won her the prize for best female character in Karlovy Vary in 1960.