Maria of the Sea 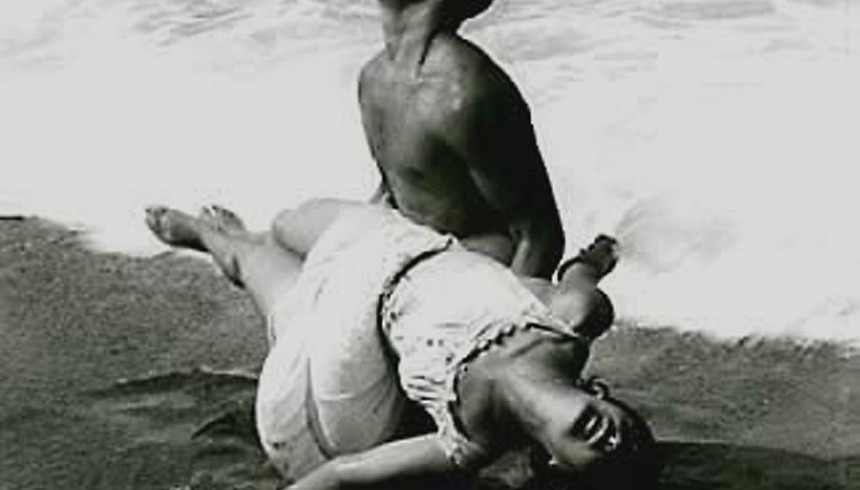 This once forgotten and rediscovered masterpiece is in fact not a feature film, it does not contain a real storyline and protagonist. Nothing could be more typical of this work than that the title refers to a vessel, the name of a fishing boat. It is far more a sociographic than fictional film: the full life of a Portuguese fishing village, the events experienced by the residents, from birth to death, from the fulfilment of majestic loves all the way to personal tragedies associated with a life spent harvesting the ocean. It comes with countless close-ups, countless longshots, panoramic images akin to aerial shots. The village, the community of Nazale, is the true lead of the film, or maybe more so the ocean, the eternal element defining the life of the village and the villagers dressed in check.