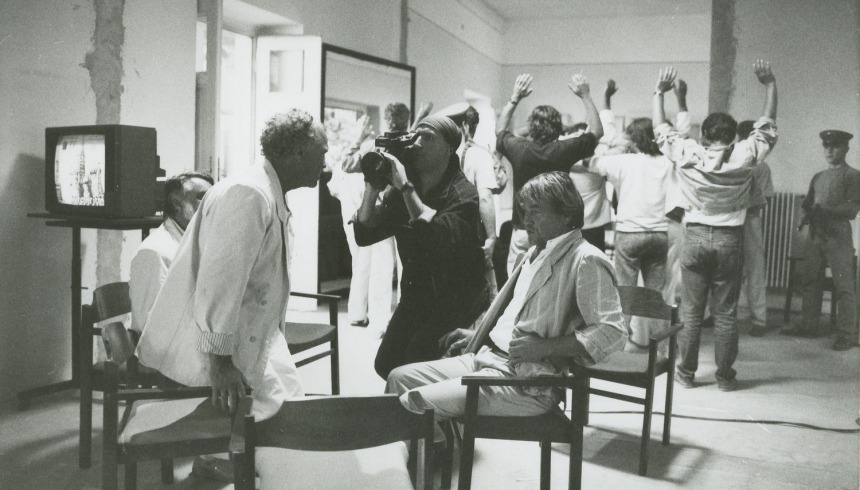 Was this film a prophecy? Did it indeed foretell the putsch against Gorbachev? Is it about the change of regime and its failure? Its fiasco? It is not easy to answer these questions. Whatever the case, the fact is that the film was made by Hungary’s great director, who also seems to have visionary powers, not long before the real coup attempt against Gorbachev. Location: a mansion in the middle of a great park. We observe the Moscow revolt on monitors. Tanks arrive, everyone is massacred, our hero Marci and his friend included. In the final scene, one of the most memorable and most quoted of all Jancsó scenes, it transpires that the whole thing was born of his cinematic imagination. Just as the denouement. The victim of which is not a politician.