Close Encounters of the Third Kind 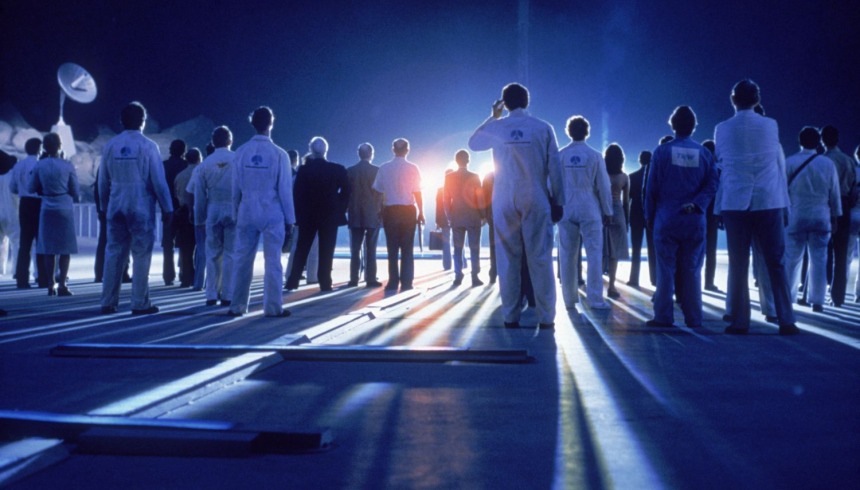 Close Encounters of the Third Kind, a surprisingly optimistic, naive and yet endearing film, is Steven Spielberg’s take on the meeting of humanity and aliens from another world. Even though there are several scenes that work according to horror dramaturgy, it is only modestly scary and mysterious. It is as though it expresses the hope that humanity (and not the individual) is not foolish and will not destroy itself and the planet on which it lives, it will not go up against an opponent whose power cannot be calculated. This naive belief was at least as important during the Cold War as it may now be, during the ongoing climate crisis. What remains memorable is not only how Richard Dreyfuss constructs a model mountain out of mashed potato on his plate, not only the images of revelations and blinding lights, but this mindset as well.