A Motorcycle Trip Among the Clouds 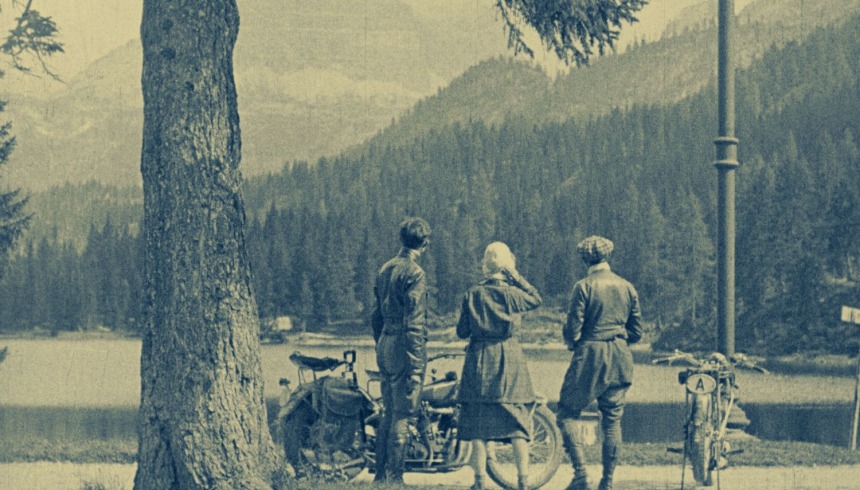 In 1926, Lothar Rübelt, the famous Austrian photojournalist and sport photographer, followed a group of young motorcyclists as they drove from Vienna to the Dolomites. The silent film that was thus created, which pays homage equally to classic machines, nature and human endurance, is breathtaking from every aspect. These daredevil sportsmen crossing romantic landscapes exude a genuine Easy Rider lifestyle. Their achievement, which still evokes a sense of awe today, was followed by tragedy: Ekkehard, brother of the director and one of the figures in the film, lost his life in an accident not long after shooting had concluded.