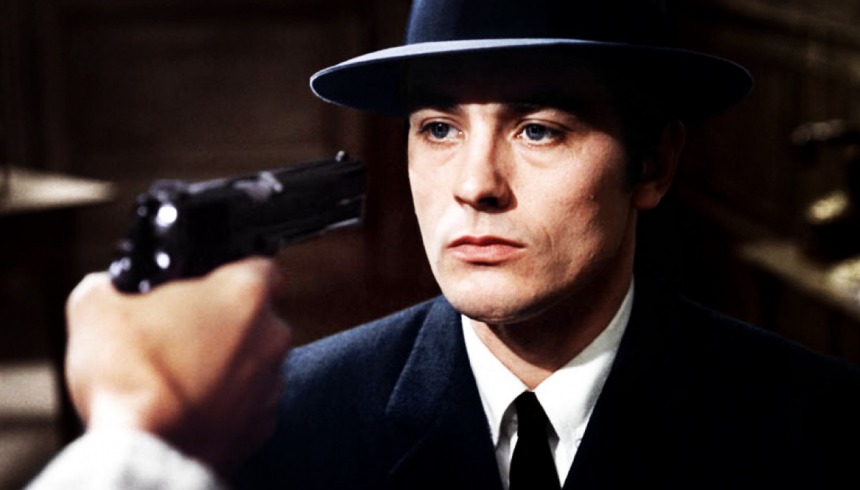 The quiet, introverted hired assassin does not have a pot plant as Léon does in the Luc Besson film, but a caged bird. Otherwise, the two assassins resemble each other in many respects. They avoid human contact, they are misanthropes and although their profession demands cold bloodedness, they are honourable. Le Samouraï is the first film in which the killer has an ethos, in which the assassin is not an obviously negative character, the first anti-hero film, in which it is clear from the first few frames that the protagonist lives in the shadow of Death: words and emotions are used sparingly. His succinct answer to the question “what do you want?” is: “to kill you”. Melville’s film required an actor who was attractive, cold and masculine all at the same time: one couldn’t imagine a better pick for the role of Jef Costello than Alain Delon.