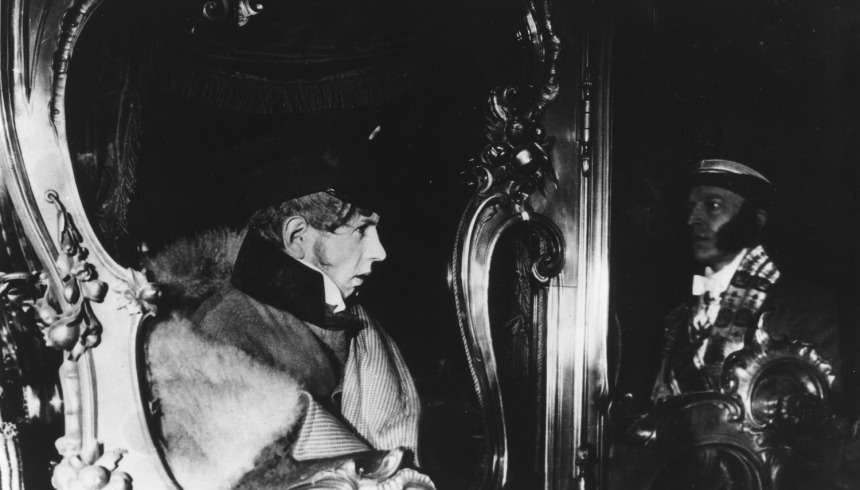 A visually bold and artistically daring adaptation of two of Nikolai Gogols stories Shinel turns the great master’s psychological insight into stylised performance. In turn-of-the-century St. Petersburg Akaky Akakievich Baschmachkin, a small clerk, dreams of a new overcoat. The coat becomes an object of passionate desire, just like a young woman he spied on in Nevsky square in his younger years. Kosintsev and Trauberg, who came to cinema from revolutionary and avant-garde theatre transform Gogol’s story of petty bourgeoisie and the vanity of wealth and status into a daring expressionistic film. A project of their "Factory of the Eccentric Actor (FEKS)” this film is one of the masterpieces of Soviet silent cinema: excess, not restraint! Shinel is the second score produced by Austrian composer, singer and guitarist Franz Reisecker for the Austrian Filmmuseum, after their successful collaboration on By The Law (Lev Kuleshov, 1926). Reisecker, whose musical career includes electronic soundscapes and ambient music as well as post-Punk, Grunge and (under the band name Lichtenberg) pop music, uses his multi-layered composition to ground the film’s wild visual style and to bring out the empathy in Kosintsev/Trauberg’s characters.