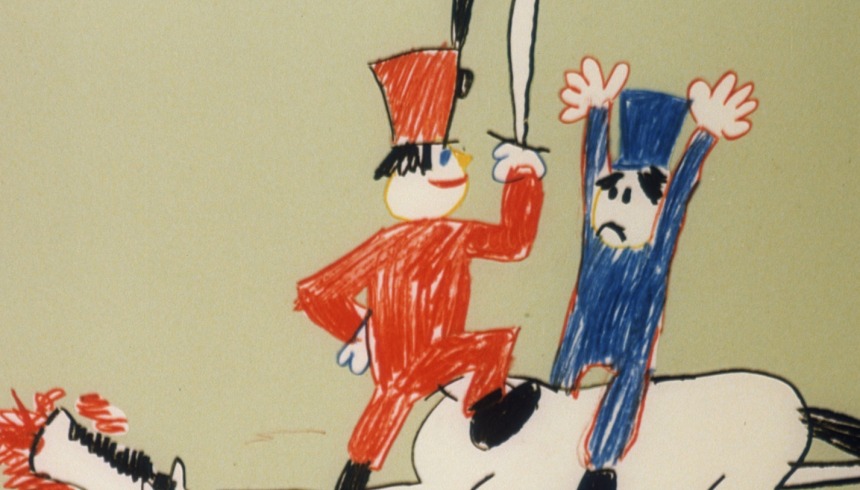 Among animated short films of the 1980s, several depicted the political and social anomalies of state socialism with a surprising degree of openness, thereby evoking the age of ‘glasnost’ laying the way for the change of regime, when freedom of expression became increasingly vocal. Several films represented the duel between individuals and the repressive state with biting humour (Süti, Húsvéti anzix/Easter Greetings), while others took a unique approach, depicting the ‘official’ and the ‘private’ versions of history of the near past in condensed form (Ünnepeink; Tiszta kép; Vigyázat lépcső!; Budapest ‘88). Such films as the animation documentary Ah, Amerika!/Ah, America! featuring the mass exodus of Hungarian workers at the turn of the century, or Isten veled, kis sziget! created around the time that Transylvanian villages were being bulldozered and demonstrations were held to protest the barrage system, actualized universal truths via allegorical formulations.