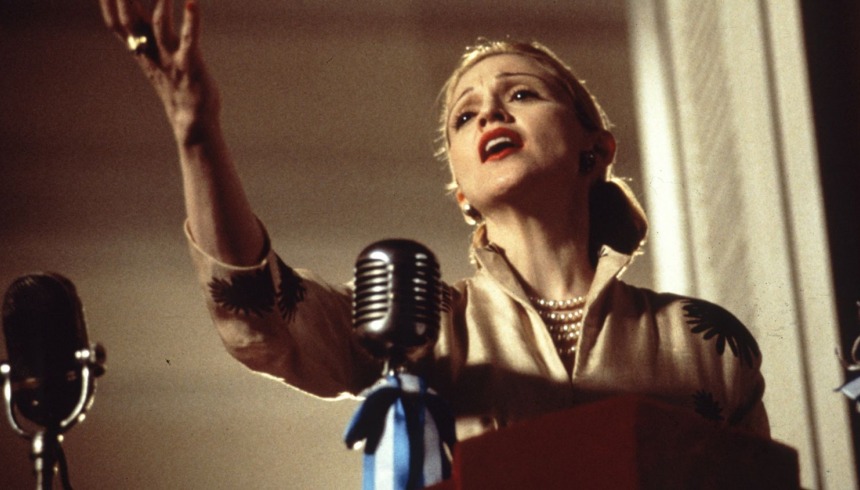 Many will recognize the area around the Budapest’s Basilica, Andrássy Avenue and plenty of other locations in Alan Parker’s monumental film Evita. And it is worth highlighting the word monumental because Hungary had never before seen a film of such quality, mobilizing vast numbers of extras and working with a budget of this size. Later on, there were others, but this was the first to break the ice, and in fact the film would never have been shot here but for Andy Vajna, who managed to have it so that we Hungarian viewers could recognize the Ethnographical Museum from the scene of the burial of Evita, not to mention the facades of flats along Alkotmány Street behind the massed crowds. Evita is by no means the most important and best work by the duo of Tim Rice and Andrew Lloyd Webber, in fact, just like Cats, it does not really have a story to tell. From the start, Madonna was intent on getting the role of Evita, who desired to be a woman of the world, a person who was ferociously ambitious and ended up in the highest echelon of society, and the famous aria Don’t Cry for Me, Argentina really does sound fantastic when she sings it, with beautiful Budapest forming the backdrop.