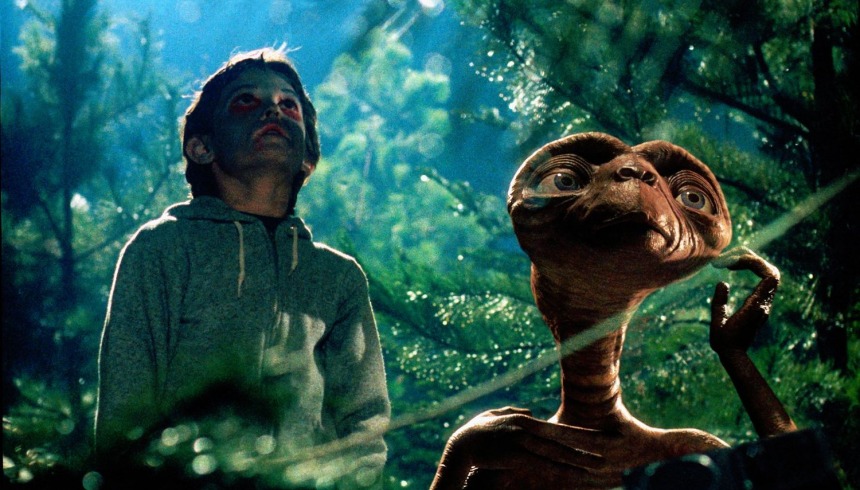 Many films, such as Carpenter’s horror film The Thing, suffered from the success of Spielberg’s film. Spielberg’s film made such a splash that audiences were no longer interested in aliens threatening humanity. As the Cold War was drawing to an end, viewers were looking for a light and heart-warming story, and for emotional engagement instead of the threat of aliens. Spielberg, in touch with the spirit of the times, gave them what they were looking for. The scene of children cycling in front of the moon is one of the film’s most memorable and most frequently cited, while E.T.’s lit-up finger is like theentreating puppy-dog eyes in a pet movie. What this film basically conveys is that E.T. is a friendly creature, only truly understood by children, and we cheer along for the success of the struggle to save him. However, this film is not without elements of horror. The experiment on E.T. and the scene where he almost dies are good examples of how the Cold War era was in full swing at the time. This quintessential classic is at once strange, bizarre and sweet.