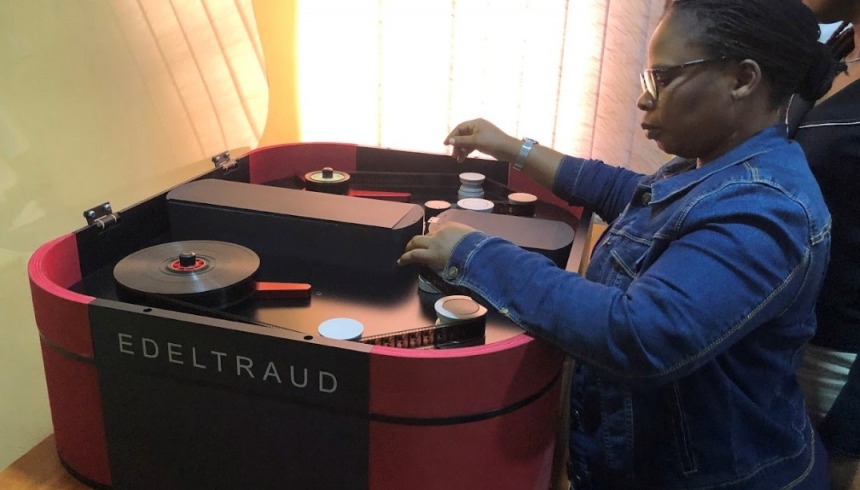 Archives as the new site of cinema

The interconnection between cinema and archive practice has a long history. Cinema was always seen as the public space for film history, while archive work and film studies were reserved for the respective world of experts. This has changed: Digitization, decolonial discourse and interdisciplinary research in archives and beyond made filmmakers, artists, curators and other cultural practitioners the new archivists. Are archives becoming the new sites of cinema? The presentation introduces future concepts of both, film archives and cinema, based on four case studies, in which filmmakers and artists initiated new institutional practices: The Mediateca Onshore in Guinea Bissau, the Cimatheque – Alternative Film Centre in Egypt and the Lagos Film Society in Nigeria, and last but not least the Arsenal – Institute for Film and Video Art in Berlin, Germany. Stefanie Schulte Strathaus is the artistic director of Arsenal – Institute for Film and Video Art in Berlin. From 2006–2021 she was the founding director of the Berlinale section Forum Expanded. In 2011, she launched the ongoing project “Living Archive – Archive Work as a Contemporary Artistic and Curatorial Practice”; in 2015 she co-founded the “Film Feld Forschung” project at silent green Kulturquartier. She currently curates the collaborative project „Archive außer sich“ which resulted in the foundation of the archive festival „Archival Assembly“. Schulte Strathaus is on the boards of the Harun Farocki Institut, NAAS (Network of Arab Alternative Screens) and the Master program Film Culture at the University in Jos/Nigeria.