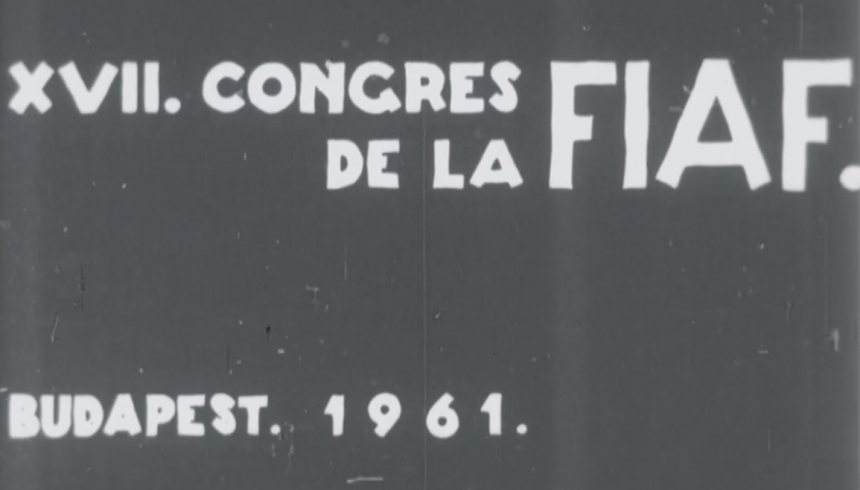 The 1961 FIAF congress in Budapest

Between 11-15 October 1961, Budapest, and more precisely the Hungarian film archive, hosted the 17th congress of FIAF.

The fact that the distinguished international organization set up in 1938 organized its annual congress in the Hungarian capital counted as a huge diplomatic triumph for the Hungarian film archive, which at the time had only been operating for five years. That year marked the 100th anniversary of the birth of the French film pioneer George Méliès (1861–1938), thus the Budapest congress took place in the spirit of this centenary and for the occasion, the film auteur’s daughter and granddaughter, Madeleine Malthête-Méliès, also visited Budapest. She put 18 Méliès films at the disposal of the archive, which were then shown in screenings at the Filmművész Club.

The host, and in part the venue, of the congress was the film archive, then called the Institute of Film Science, on Stefánia (at that time: Népstadion) Road. This was the scene of scientific debate amidst great interest and clouds of cigarette smoke. Yvette Bíró gave the inaugural address on Georges Méliès. A selection of the finest works from Hungarian film history were shown to foreign guests, while the Film Museum included Valahol Európában (Somewhere in Europe) in its programme. 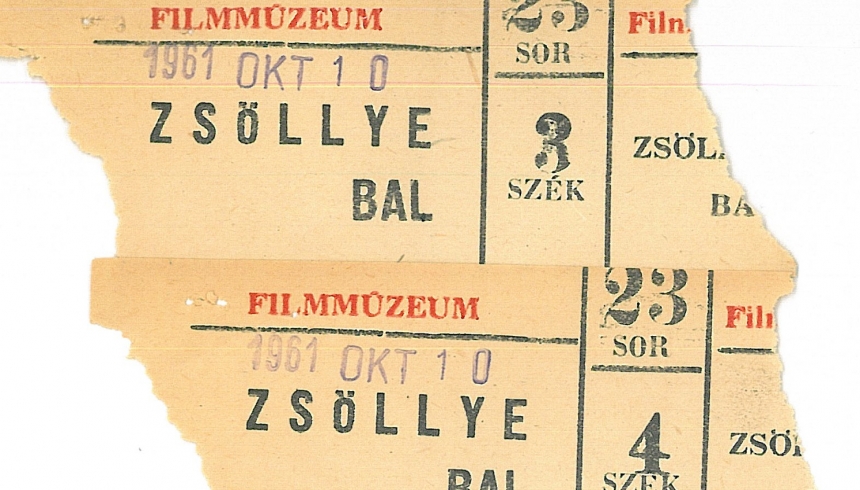 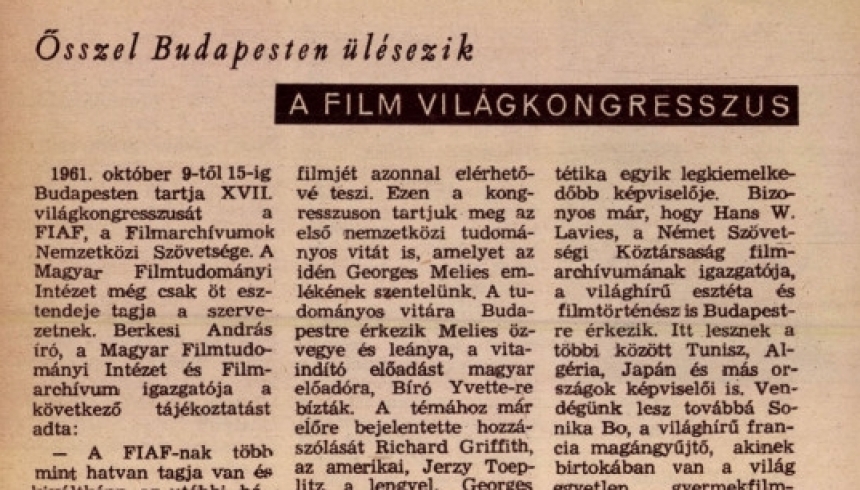 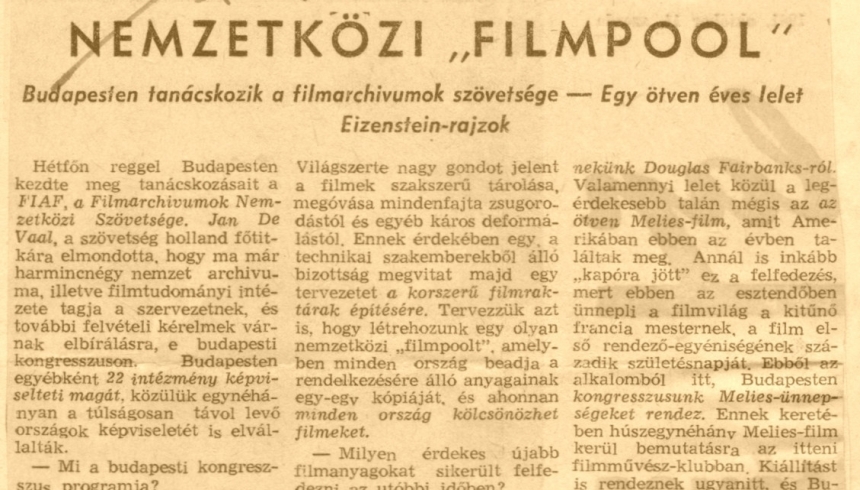 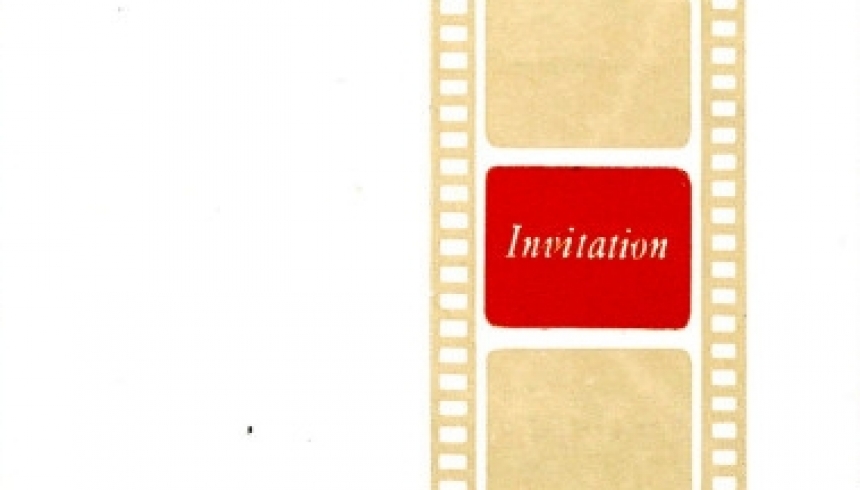 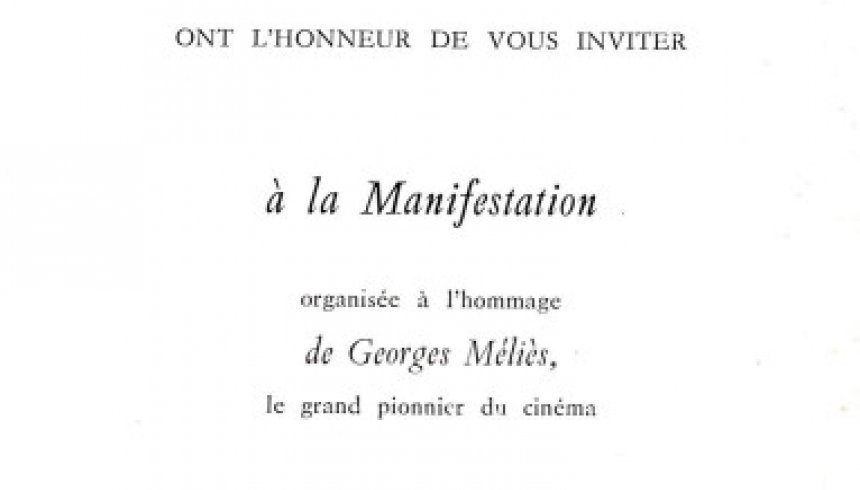 The FIAF archive has a 9-minute Hungarian amateur film (unfortunately, without sound) of the congress, which not only records the everyday life and work of the archivists, but it also includes rare footage of Budapest from that period. The camera of cinematographers Attila Szilágyi and Dr. Pál Vas has preserved key moments of the Budapest programme, including city sightseeing and guests dining on cottage cheese pasta. It also transpires from the recording that during the gala, films by Méliès were shown with piano accompaniment and an introduction by the granddaughter of the director, Madeleine Malthête-Méliès.

“We are holding the first international scientific debate at this congress that this year is devoted to the memory of Georges Méliès. Méliès’s widow and daughter have come to Budapest for the scientific debate, and the keynote lecture is given by Hungarian Yvette Bíró. Delegates of film science institutes and film archives, Richard Griffith (America), Jerzy Toeplitz (Poland), Georges Sadoul (France), and Emest Lindgren (Great Britain), have indicated their interest in contributing to the topic. Among the guests, we will have numerous world-famous film aesthetes and scientists including Leonardo Fioravanti and Montesanti from Italy, György Korda from the Argentine film archive, a nephew of Sándor Korda, Vladimir Pogacio, the renowned Yugoslav film director, Viktor Privato, director of the Soviet film archive (...). Hans W. Lavies, director of the Federal Republic of Germany’s film archive, world-famous aesthete and film historian, is also coming to Budapest” – said writer András Berkesi, then director of the film archive. In fact, it was the daughter and granddaughter of Méliès who were guests.

Persons identified in the film: