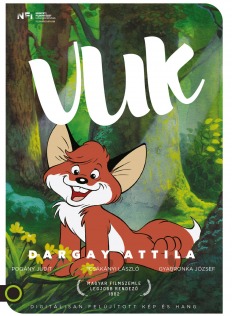 The moving story of Vuk, the little orphan fox, has remained the most beloved feature-length Hungarian cartoon ever. Having captured the public as a TV series, the film version welcomed a total of over 2 million viewers. The director Attila Dargay did not turn away from Walt Disney’s traditions, which he held in high esteem: both István Fekete’s touching story and Dargay’s cheerful characters appealed to children’s minds.