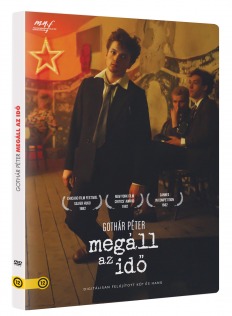 Drama, Hungary, directed by Péter Gothár, 1981. The most impactful cult movie in Hungarian film history; with audio commentary by Gábor Gelencsér, author of the book on Péter Gothár.

The first retro film about the history of the 1960s. This cult movie by Péter Gothár depicts the teen years of the director’s generation, those youth whose future was determined by the turning points of the 1956 Uprising and the revolutions of 1968. The plot is set in 1963, the year of amnesties. The period opens in total and complete stagnation, marked confrontation between a mindset of ‘outside and inside’, ‘us and them’, where everything is permeated by rock-and-roll and suspicion, love and a sense of disillusionment.