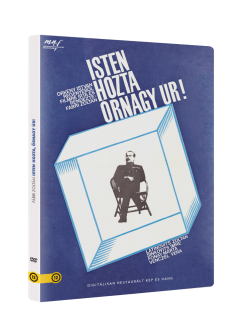 "The Major of Örkény, of Fábri and Latinovits exposes and makes the viewer hate the thinking responsible for the devastationof World War II drunk on nationalist slogans and thumbing its nose at morals and truths, just as all types of tyrannyagainst the people in history.” (László Zay)

Set in World War II in a small village deep in the countryside, a major suffering a nervous breakdown spends his leave with theparents of his favourite lieutenant. Willing to make sacrifices in the interest of the son/brother, mother and daughter fulfil histyrannical demands. Only the highly-respected fire chief defies – in the name of human self-esteem – the order to constructboxes until dawn...