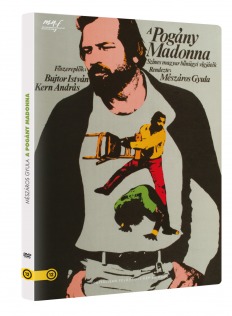 According to legend, Bud Spencer inspired István Bujtor (who did the superb Hungarian voiceovers for the Italian actor) with the idea of the film involving an investigation by Csöpi Ötvös and his friend Doctor Kardos. Bujtor himself penned this sparkling socialist crime-comedy. In the extra to the film, which racked up an audience of 1 million, Bujtor talks about his favourite hobby, yachting.

Thieves break into the museum of Tihany Abbey and steal the Pagan Madonna, a golden statue of Greek origin… Bujtor, enthusiast of Lake Balaton and sailing, wrote in parts for cult figures of the later Balaton Piedone series amidst madcap car, boat and helicopter chases and huge punch-ups: the hapless doctor-policeman, the wily kid, the bumbling alcoholic dogsbody...