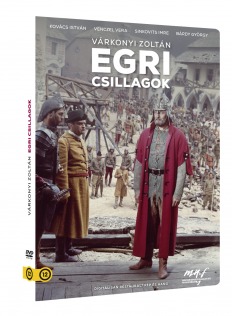 Colour historical film, directed by Zoltán Várkonyi, 1968. The novel by Géza Gárdonyi was not only outright winner of the ‘Big Read’ series but the adaptation for cinema still ranks as the most popular historical film to this day. The country voted on the actors even before filming started and a whole army of extras took part in the ‘Eger castle’ battle at Pilisborosjenő.

Várkonyi also found a way – within the picturesque adventure film set in the 16th century – of giving a human angle to the lives of the Hungarian border fortress captains, their heroic battles against the Ottomans and Austrians, while emphasizing the life and love of Gergely Bornemissza in particular.