The Boys of Paul Street 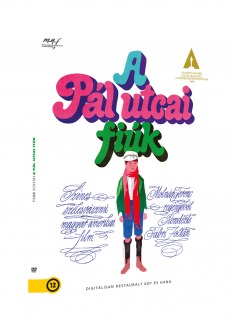 „The finest thing that Fábri could do was remain true to Molnár! To film the sort of The Boys of Paul Street that he wouldhave dreamed of… The first Hungarian feature film to be nominated for the traditional Academy Awards.The Hungarian film was up against the Soviet War and Peace and The Fireman’s Ball of Czechoslovakia, Stolen Kisses fromFrance and The Girl with a Pistol from Italy”. (Tükör)

Despite the superiority of the red shirts, general Boka and his little troop are cleverly defending the ‘sweet lot’. They would nothave been able to win unless little Private Nemecsek, branded a traitor, had not revealed the treason of rich Geréb, who in turnmust undergo the humiliation of cold baths.