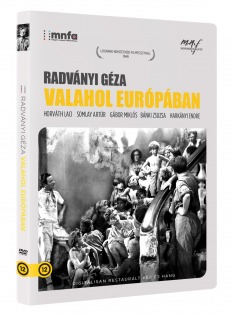 Two-disc edition with extraordinary bonus features and a booklet – black and white Hungarian drama, directed by Géza Radványi, 1947 – Extraordinary bonus features offered by the double disc: a 24-page publication and a feature-length portrait film recalling Géza Radványi’s whole career. – A look behind the scenes of re-mastering is provided – An interview with Ferenc Török, director of 1945, reveals why he regards it as one of the most significant Hungarian films.

At the end of World War II, orphaned and starving kids gang together strolling along the roads of Europe. They keep stealing and pillaging until, in a ruined castle, they encounter maestro Simon, an orchestra conductor. Under the wise old man’s patronage, they defend the castle against the village people set against them, and manage to eke out a place to live for the hosts of homeless children.