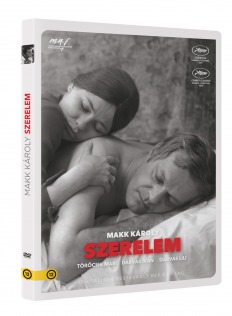 A fully (4K) restored version of this ageless masterpiece of Hungarian filmmaking, with full audiocommentary by Károly Makk, portrait film made for the 60th birthday of the director, and contemporarynews excerpts. Exclusive interview with Károly Makk from Cannes (2016).

The film set in the 1950s includes references to events after 1956. The camera, journeying acrossthe timeless period of memories, captures the love triangle between the dying mother and imprisonedhusband, where the starting point is the wife. The two women soothe each other with forgivable lies. Whilethe husband languishes in prison, the mother receives letters from “him” sent from America...

„Makk's haunting, atmospheric and beautifully performed film, brilliantly shot by Janos Toth, captures exactly the fear and uncertainty of the time. It is, above all, a treatise on how such times affect fidelity, faith, illusion, love. It deals specifically with Hungary but has an absolutely universal appeal.” (Derek Malcolm: A century of films: Karoly Makk: Love. The Guardian, 07.09.2000.)