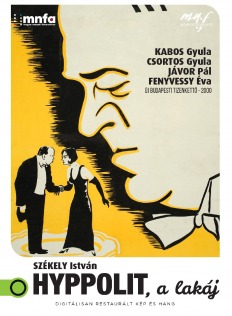 Evergreen phrases, genuine peacetime-images, where onion is eaten with onion, and where appearances must be kept up by all means. Another generation after so many will be able to sing Bye, sweet my darling, bye and will be rooting for the young lovers, along with the blockheaded, parvenu petty bourgeois. The first talking success of Hungarian film starring the unforgettable Gyula Kabos and Gyula Csortos, with every tiny secret of its laborious restoration revealed in the bonus feature.