From Lilies of the Valley to the Fall of Leaves 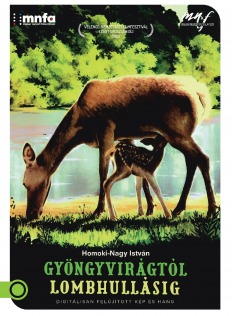 Hungarian colour nature documentary, 1953, directed by István Homoki-Nagy – The most popular Hungarian nature documentary ever – The bonus feature reveals the hardships of the making of nature films back then, and grants a look behind the scenes.

The film presents the wildlife of the Gemenc flood area sanctuary, arranging the episodes of each selected species into little etudes: how the fox steals the chicken from the pen, how the roused deer flees jumping across a huge abyss, how the sturgeon sticks to the bottom of the water, how the adoption of an orphaned fawn takes place. Wildlife is wound into striking novellas by shedding light on the inner life of the forest’s inhabitants.