I Entrust My Wife To You 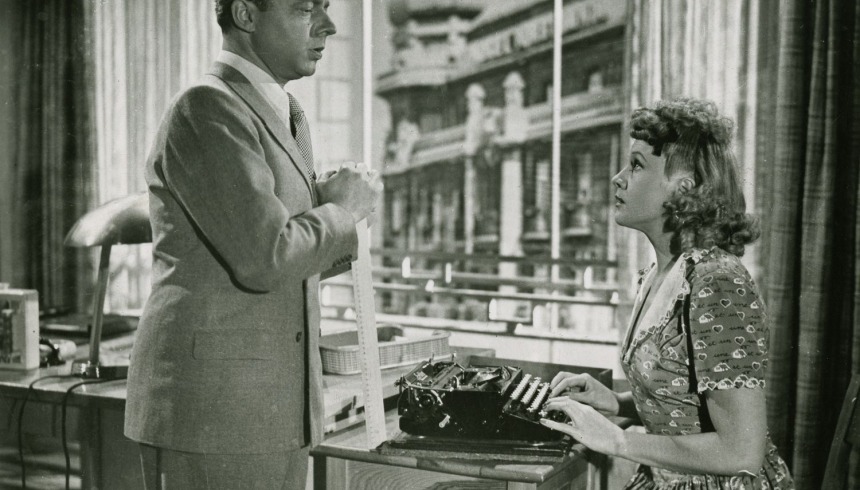 Plot
In the introduction, Lili says: "This is a story about how the director marries the typist." The game is on. Director Péter is on his way to Lillafüred for three weeks’ relaxation. Lili, his typist, would like to go with him. At the station, Péter meets Tamás, the doctor, who saved his life in the war. Tamás is going to the same place for a conference but his jealous wife, Mária, doesn’t want to let him travel. There’s a shouting match. Tamás asks Péter to keep the woman occupied until he boards the train. Peter is outraged, afraid that he will miss the train where he has already put his luggage, but Thomas reminds him that he saved Peter’s life and entrusts his wife to him until he returns. So Péter cannot travel and he takes his responsibilities seriously, watching Mária to make sure that she does not cheat on her husband in his absence. Finally Tamás and Mária make up, Péter can finally leave for Lillafüred with his understanding and loving secretary.

I Entrust My Wife To You

What makes it interesting?
Musical comedy with Antall Páger, Andor Ajtay and Mici Erdélyi, which on viewing ‘caused the audience to nearly fall off their seats with laughter’. The film includes several well-known Budapest nightclubs; these scenes feature catchy music by Imre Hajdu.