Come On the First

Ákos Ráthonyi, 1940. The adventures of an impudent money collector in Pest. 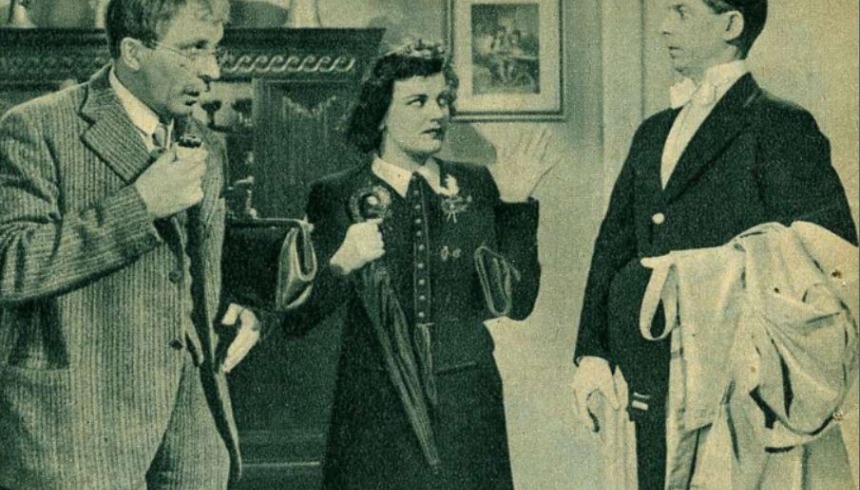 Plot
Virágh Pál's bill of underwear is growing rapidly, so the store sends Miss Kató to collect the money from him. First she flies the stairs in vain, because at most places they send her away saying: Come on the first! But Mr. Árvay teaches her the art of collecting money and its various tricks. While they are wandering from apartment to apartment, Mr. Árvay's young and beautiful wife is flirting with Virágh Péter. Kató interrupts their rendezvous. The young wife, who was about to elope with Mr. Virágh, realizes that his intentions are not serious and returns to her husband. Mr. Virágh pays all his debts to the charming and impertinent Kató.

What makes it interesting?
István Békeffy’s play about the impudent money collector in Pest was a great success, so it was adapted for film. Ida Turay took the main role in both the theatre production and the film adaptation.