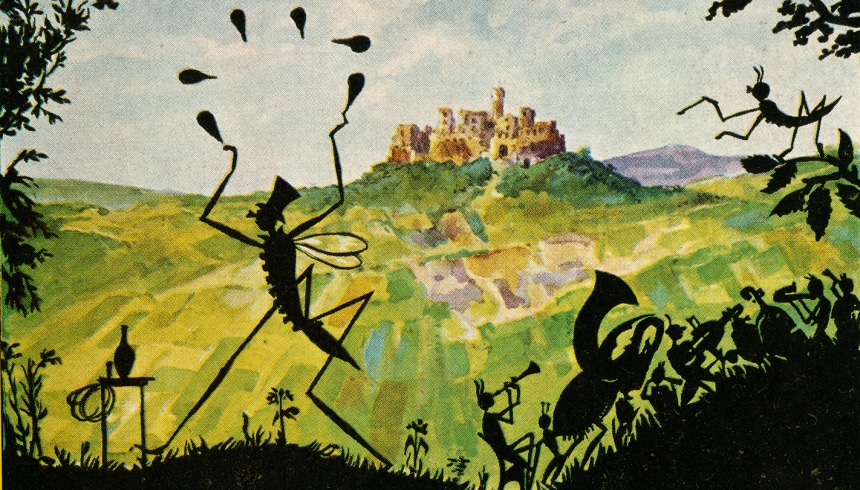 Plot
The protagonists of this short film are anthropomorphized beetles performing spectacular juggling stunts. The film seeks to exploit to the full the audio possibilities, for example, the beetles play in an ensemble. The style strives for Realism, thus the finely crafted, flat figures cut out of black paper can be seen in continuous motion.

Kató-Kiszly created the complex compositions of the film by moving several layers in front of the painted background, which in their overall effect evoke silhouette animations related to his contemporary, the German Lotte Reiniger (1899–1981). However, unlike the classical technique applied by Reiniger, Kató-Kiszly resolved the background using graphics and not with paper cut-outs, and accordingly, lighting of his compositions is frontal. 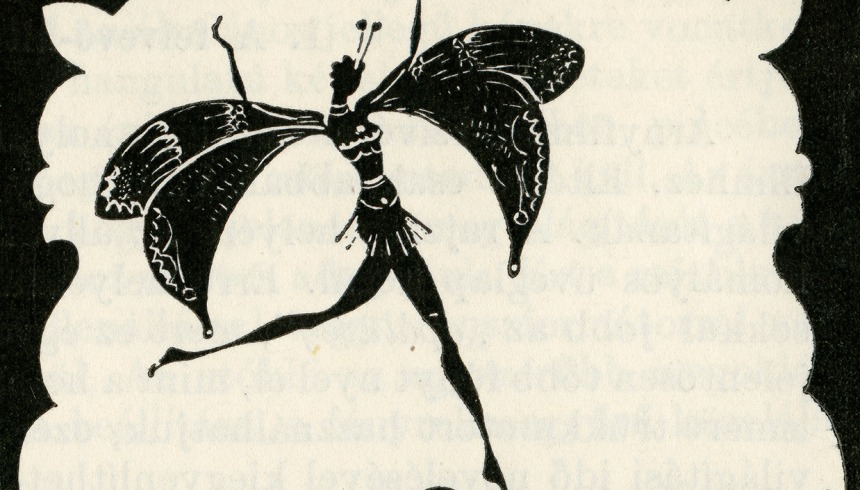 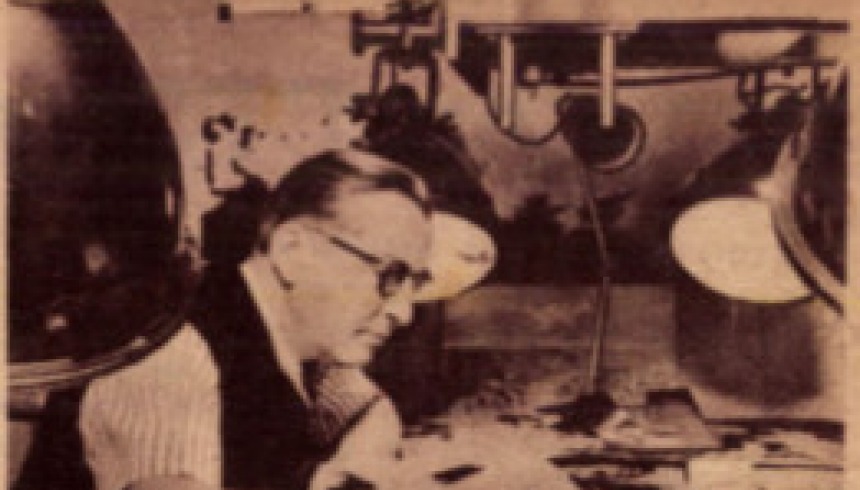 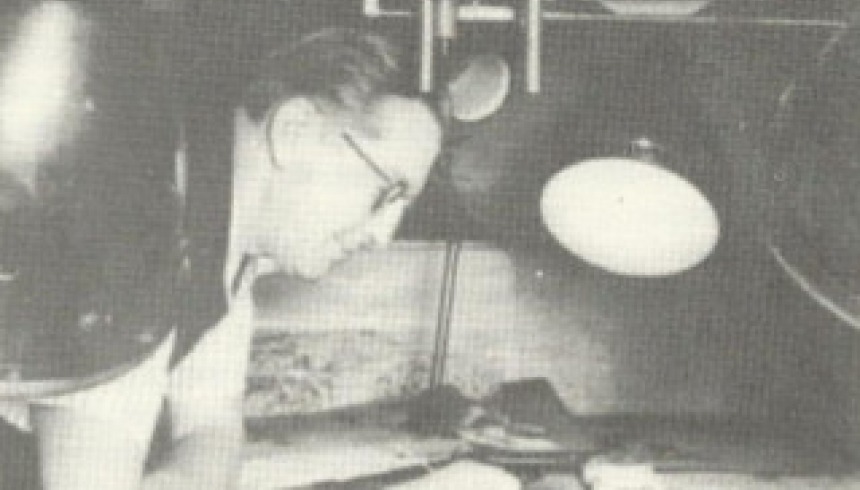 What makes it interesting?
Beetle Orpheum is the technically most complex, and at the same time the last completed short film by István Kató-Kiszly (originally Kiszlingstein), considered the pioneer of Hungarian animation, in which he used dubbing for the first time. From the 1930s, Kató-Kiszly focused on applied films: these were primarily educational films ordered by the state, and the Animation News series of the Hungarian Film Office screened from 1939. He planned to make an independent fairy tale film entitled Egy éj Bogárhonban (One Night in Bugland) as a continuation of Beetle Orpheum, and in 1944 he finalized another plan for a folk tale adaptation A hólyag, a szalmaszál és a tüzes üszök (The Blister, the Straw and the Fiery Cinder). However, neither was ever realized.