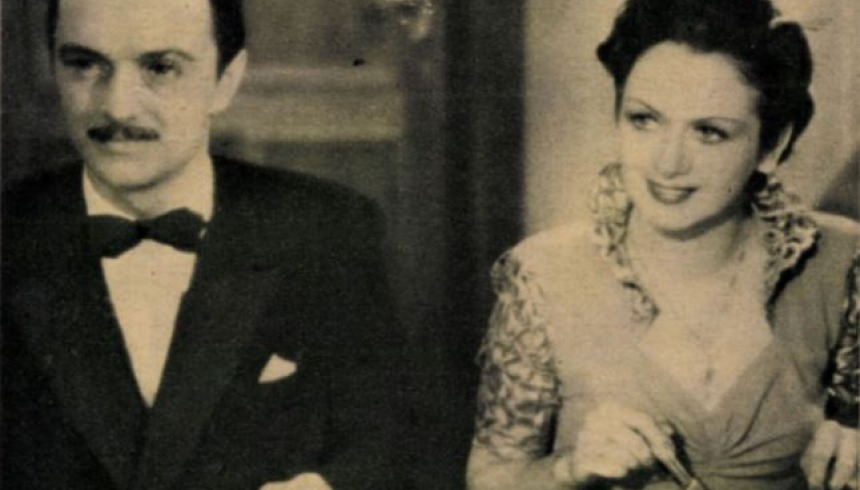 Plot
János Avar, the poor village widower, robs a country castle disguised as an outlaw. The three men present at the engagement dinner, carry out the orders of the outlaw passively. Only the beautiful fiancée, Dea keeps her temper and slaps the scoundrel on the face when he hurts her womanly pride. Both János Avar and the fiancée are deeply touched by this encounter. The outlaw falls in love with the beautiful lady and also the girl is moved by the brave peasant lad whose eyes show deep honesty. Later, when destiny brings them together again, she refuses to betray him. Under her influence, he gives the money back to its lawful owner and reveals his identity in front of the law. Soon the girl is killed by a weak heart and excitement.

What makes it interesting?
Discussion on making a film of the Zsigmond Móricz novel Outlaw was already happening during the writer’s life although it only happened after his death. The film spans the period from 1896 to the contemporary environment of 1941 and screenwriter Ferenc Jankovich modified the original story, which resulted in much criticism of the adaptation. According to critics, the work performed in a modern conceptualization made the figure of the peasant boy who becomes a highwayman out of necessity due to his hopeless situation totally inauthentic, and the artists ‘conjured up a festive, folkist revival-like film-misery instead of the Zsigmond Móricz-like vision of poverty’.