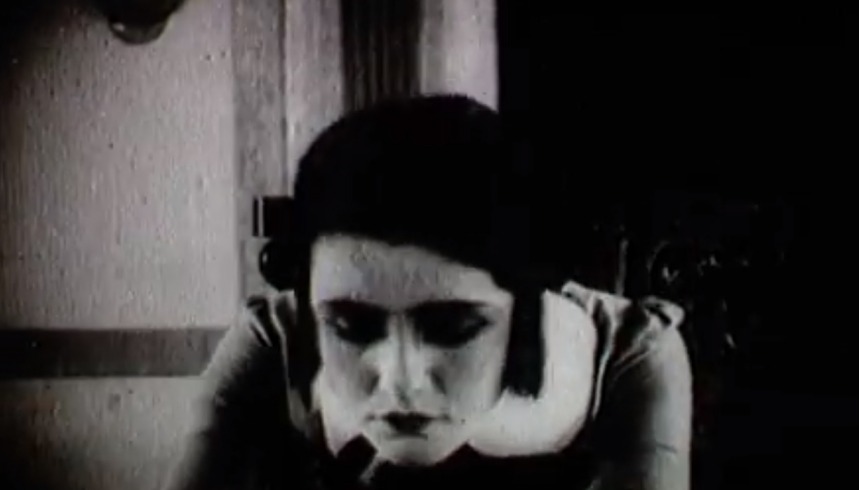 Status
Original length: 4 acts, 1319 m
A fragment of just a few minutes is all to have survived of this film.

Plot
Count Woiska lives a dissolute life, spending his nights drinking and in the company of loose women. As a consequence of this lifestyle, he falls ill. He becomes insane and is sent to an institution abroad. His wife, Countess Clotilda, withdraws to her mother’s residence. Clotilda’s stepsister, the 17-year- old Márta Moisand, is being raised in a convent. Her shyness has resulted in her being called Mouse. After her husband’s sickness Clotilda orders Márta to be brought home, where she raises her with great love. Marquis Max Simier, a favourite of Parisian social life and the infamous hero of numerous love affairs, has also been living in retreat on his rural estate for some time because he feels he is getting old and his charm is wearing thin. One day, while out riding he seen Clotilda’s horse rearing. The marquis rushes to her aid. From then on, he is a regular guest. They are mutually attracted to each other but as a respectable married woman, Clotilda denies her feelings and the marquis does the same. Clotilda attempts to divert the attention of the marquis towards her beloved sister but he looks on her as an insignificant child. One day the lady leaves on a journey and in the meantime the marquis finds Márta’s sketchbook and correspondence, from which he realizes that the girl is secretly passionately in love with him. This is when he discovers the mature woman in love in Márta, who until now he had looked on as a child. The vanity of the ageing man is flattered by the love of the young girl, from which his self-confidence is restored, and he happily reciprocates Márta’s affection. Clotilda returns home having in the meantime been widowed. She is excited to meet the marquis once again but is disappointed to see that he now loves someone else. But on recognizing her sister’s sincere feelings, she gives her full backing to Martha and Max’s marriage.

What makes it interesting?
This was one of the great international hits of the 1920s. In the film of a love triangle played out in a French setting, Franciska Gaál plays the shy but charming girl who captures the heart of the marquis.