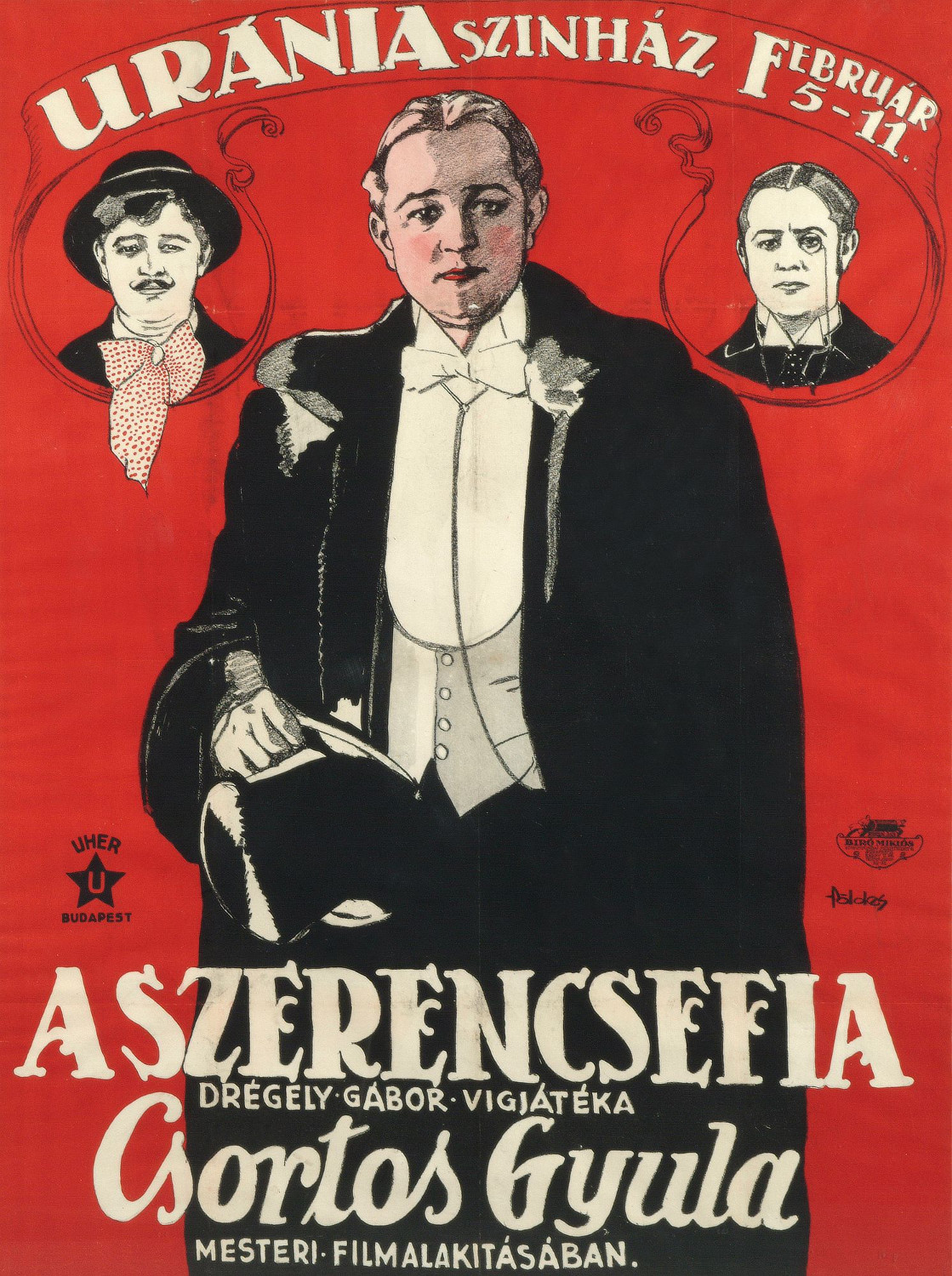 Plot
Antal Kormos is employed in the Varga tailor’s workshop. Szontagh, the unemployed teacher, is wooing Irén, the tailor’s beautiful daughter. He lives with them in lodgings and is working on a great social scientific volume entitled Gentlemen and Workers. Railway director Gálkuthy is having his dress suit pressed at Varga’s; in one of the pockets, he has left an invitation to a party given by Marcell Reiner. Antal borrows Gálkuthy’s tails and sets off for the soiree himself. By accident, he bumps into the minister in the hall, who is hugely impressed with the concepts stolen from Szontagh. His luck continues at the card table where he amasses considerable winnings. The angry Gálkuthy arrives late in a borrowed dinner jacket. On catching sight of Kormos he starts shouting but when he learns that the young man is ‘a friend of the minister’ he apologizes. After the party, Antal quits the tailor’s shop and lives the life of a gentleman on the money he won at cards. He offers Szontagh a post as his private secretary and buys the copyright to his opus. Soon thereafter he is elected a member of parliament. He courts the wealthy Reiner girl who expects a dowry of four hundred thousand crowns. Kormos quickly rises to a ministerial post and he then makes Szontagh a state secretary. On the day of his appointment, he announces his engagement to Lily Reiner. 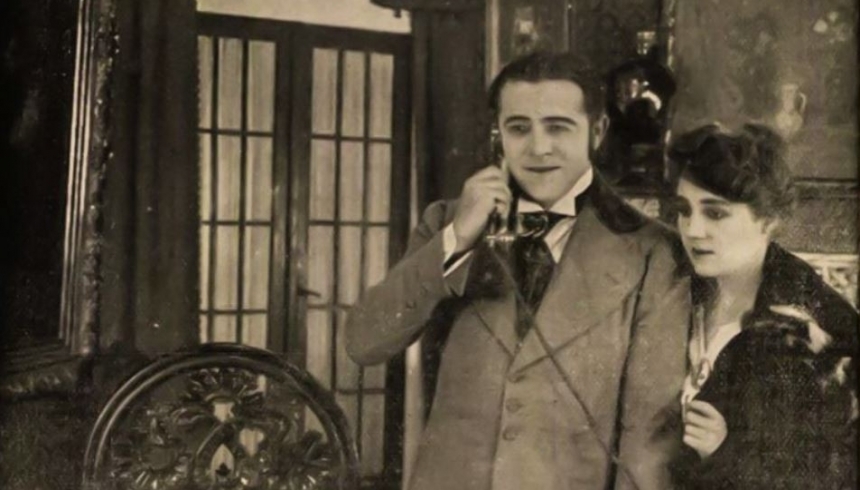 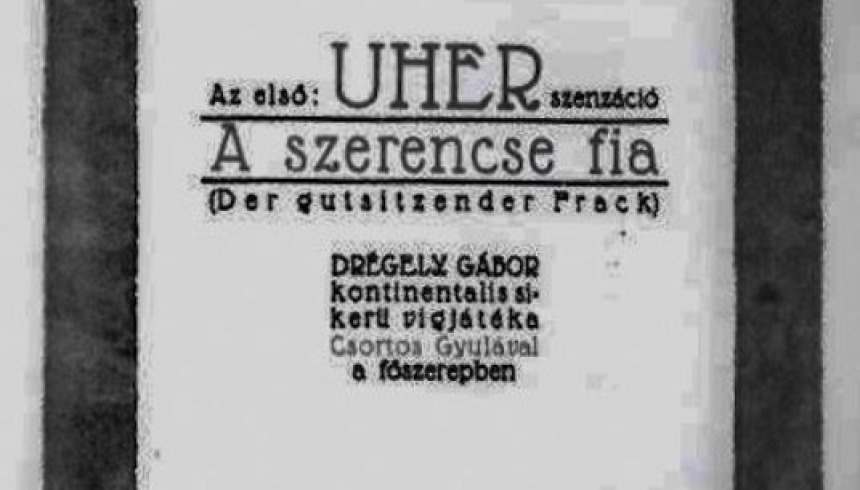 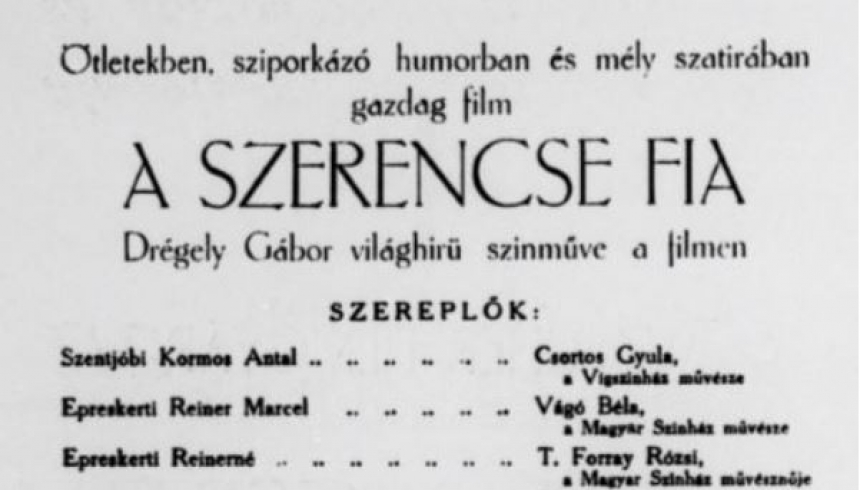 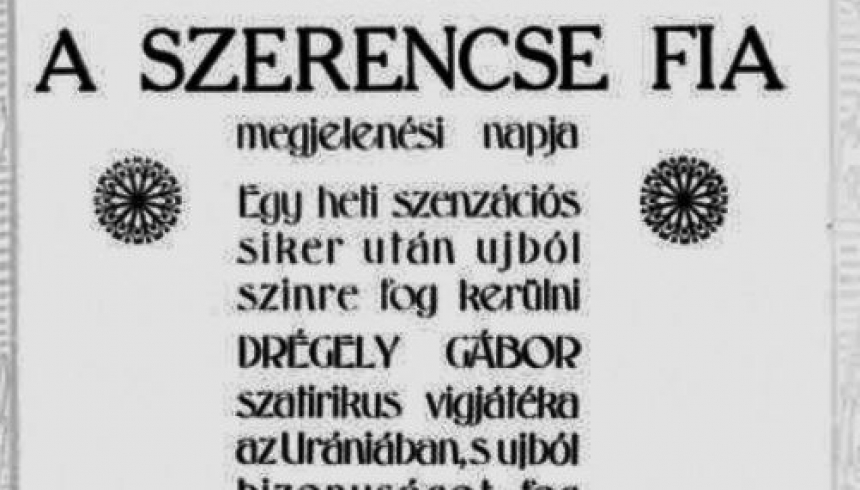 What makes it interesting?
The first play by Gábor Drégely was a huge success and it is no surprise that Uher Film Studio chose to make a motion picture version of it. Producer Ödön Uher’s hunch paid off because the film was well received in Hungary, but sales abroad broke all records. The lead role in this social satire was shaped by Gyula Csortos both on screen and on stage.