Mihály Kertész, 1916. Heart-rending drama about a blind mother that is presumed to include a closeup.

Plot
A doctor takes a blind girl as his bride and removes the cataracts from her eyes. Soon they have a daughter. One day the doctor’s wife falls in love with a handsome young painter and they run away together. However, the man soon leaves the woman, who collapses in remorse and goes blind again. In the meantime, the girl discovers a picture of her mother and sets out to find her. She wanders over mountains and rocks and then falls from a narrow path into the abyss. The scream is heard by the blind woman who in her agony is hiding in the hills. She finds a child who by a miracle has survived the accident. The girl recognizes her mother from the photograph and leads her back to their home. 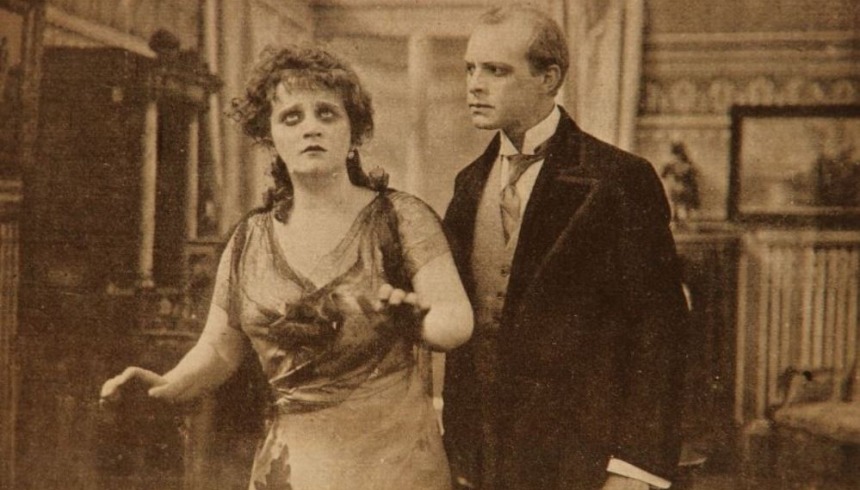 What makes it interesting?
A work full of dramatic twists and turns in which descriptions suggest a camera closeup was used to reveal the emotional facial expressions of Vilma Medgyasszay.