Béla Balogh, 1918. Stirring military drama from the days of the Aster Revolution. 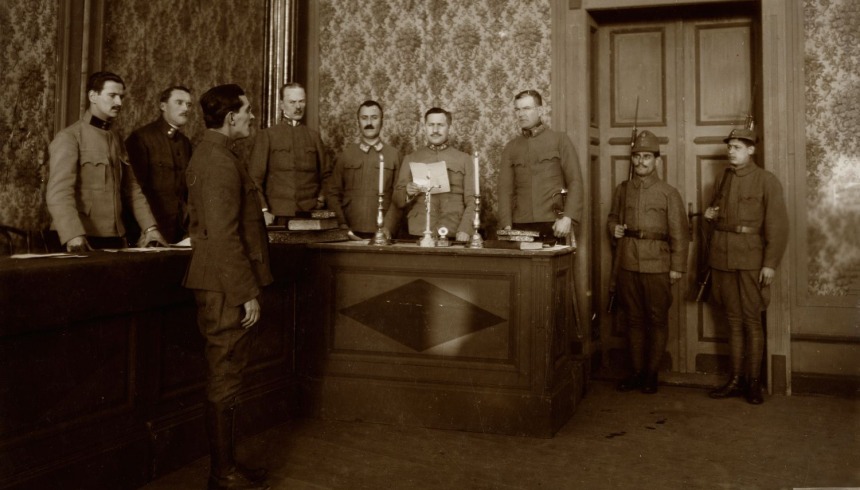 Plot
Lieutenant Joász and Captain Ernő Szilassy are courting Erzsike Karády, and the girl chooses Ernő. Ernő is a model soldier who had prepared for a career in the army since childhood. He always fulfils his obligations without qualms. Joász, who was forced to choose a military career, suffers from the stifling air of his barracks. Captain Gyarmati feels the same way. He sends a satirical, anonymous anti-militarist article to a city paper in which he exposes the maladministration of the army. He shows his article to his friend Joász. The colonel orders Joász to appear, he slips the article into his pocket but the first page accidentally falls out. Soon it transpires that the article was written by Gyarmati, and the captain is court-martialled. Ernő is a member of the commission and he votes to demote the accused. The Hungarian citizens of the city sabotage the soiree organized by the Karádys with their absence and the humiliated Gyarmati commits suicide, which further inflames tensions in the city. The citizens call on the colonel to name who betrayed Gyarmati, but he refuses. Soon thereafter, a demonstration is organized, a huge crowd besieges the barracks, and in order to protect it two squadrons are called up, one headed by Captain Szilassy, the other by Lieutenant Joász. The colonel orders them to fire on the demonstrators. Ernő does not hesitate, firing into the crowd and killing five people. However, Joász refuses to follow orders. The lieutenant is court- martialled for disobeying orders, sentenced to a lengthy prison term, but he is happy that he has no blood on his hands. When Erzsike Karády finds out what happened, she returns the engagement ring to Szilassy who collapses and commits suicide. The soldiers rip off their cap buttons, the crowd rushes the prison in which Joász is languishing and frees him. ‘Long live the National Council! Long live Hungarian soldiers!’ the crowd roars as, bareheaded, they sing the national anthem. 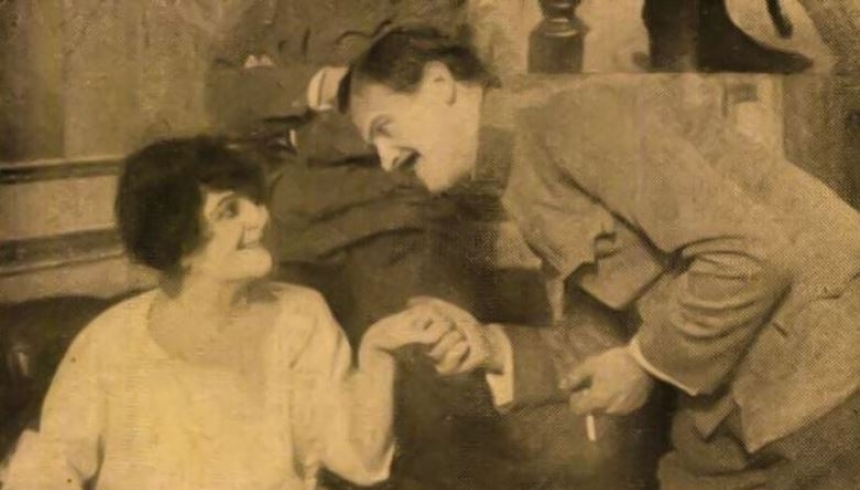 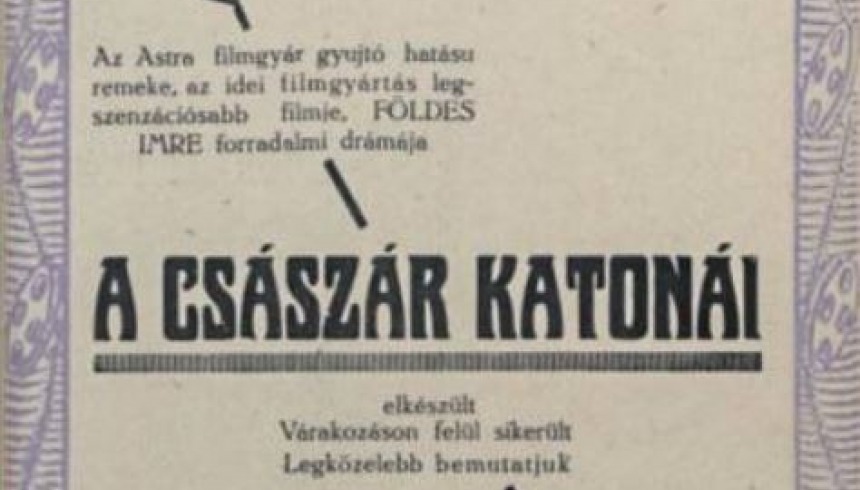 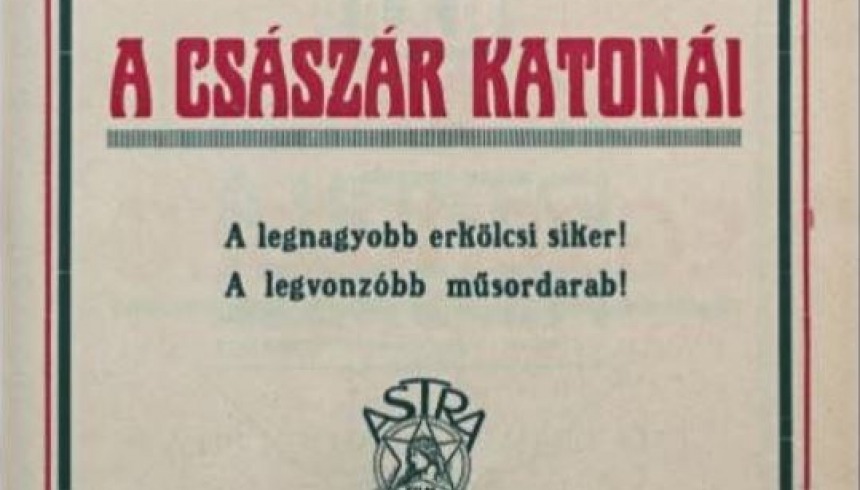 What makes it interesting?
The plot, influenced by the revolutionary events of autumn 1918, ends in revolution unlike the stage production. Shooting took place during the Aster Revolution and revolutionary militia actually took part in several of the scenes. The motion picture was banned after the fall of the Soviet Republic.