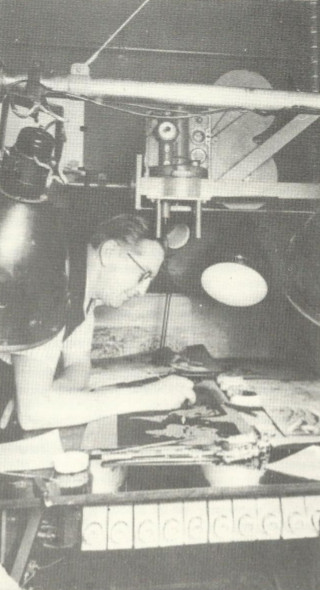 Plot
The early virage tinted experimental films by István Kató-Kiszly (1895–1962) were made in the style of fairground attractions. These were created using paper cut-out technique and were filmed not in a studio but on the rooftop terrace of the Projektográf cinema, Blaha Lujza Square, assisted by 16 cinematographer Gábor Veres. His first film, Ödön Zsirb, is the earliest known Hungarian animation film (also referred to in the title), made by moving simple, flat figures cut from white paper. Its title character is a well-known essential of fairground comedies, the greasy tub (in Hungarian, ‘zsíros bödön’). The Sad Tale of Cabbage Sári and Goulash Miska is the film version of a folk tale with oompah pah music accompaniment and then fashionable Swabian-accented narrative. The love story was originally one of the popular shows of 19th century fairground visual attractions (predecessor of cinema).

John the Valiant started in 1916 but left unfinished was inspired by the Jenő Illés adaptation of János vitéz, one of the most successful feature films of the period.

His satirical films shot on the animation bench were made in 1919, during the period of the Soviet Republic. The cinematographer was Ferenc Arany, one of the most sought-after filmmaking professionals of the silent era. The two films were screened together under the title Caricature Animation. The Suffering of Uncle Bourgeoisie During Communism (otherwise called Uncle Burzsuj in Paradise) gave a distorted picture of capitalist society. Prof. Nick Paccer, with the master detective able to resolve every situation using superior logic in the title role, satirized the fashionable detective novels of the day. On the basis of surviving insert captions, the parts of the short in three acts were: 1. Bimbila and Bambila, the Gobble-Gobble Princesses; 2. The latest adventures of Baron Münchausen; 3. Don Quixote. The special effects film (‘trickfilm’) was made at the same time in the Uher Film Studio as the feature film Sörluck Nick-Nock (similarly lost), directed by József Pán and Lajos Gellért but banned in 1920 because of its erotic scenes, which also ridiculed the over- romanticized adventures of detective films.

The overall effect of Romeo and Juliet made in 1921 and compressed into just 13 minutes was similar to shadow play films, with the figures being flat puppets cut from black paper. He allocated the roles of the stage play to beetles, so this is the first Hungarian animated film not to have human figures. Later on, Kató-Kiszly used these figures in his animation Bogárorfeum (1932). According to amateur puppet filmmaker and animation writer István Vásárhelyi who was able to view the film, the compositions of Romeo and Juliet reminded him of Egyptian murals reshaped to turn-of-the- century tastes.

What makes it interesting?
István Kató-Kiszly (originally Kiszlingstein) was the pioneer of Hungarian animation. He was born in Budapest in 1895. In 1914, he graduated from the Royal School of Applied Arts as a graphic artist. After completing the School of Applied Arts, Kató-Kiszly worked as a costume and stage designer at the Opera House. He was inspired to make animation cartoons by a Pathé film featuring a self- drawing costume. He learnt about the techniques for filmmaking at the Kruppka laboratory where he worked alongside Gusztáv Kovács. After his first film, Ödön Zsirb in 1914, for 18 years, until his appearance at Coloriton commercial film studio, he made animation films in Hungary virtually single- handed. So-called riddle films were produced for the Corso, the one-time cinema in Váci Street, at the request of Imre Tsuk, head of the cinema. As costume and stage designer of the Uher Film Studio, he is associated with the film by Ödön Uher Jnr., When We Grow Old I-II (1916). He is also linked to the stage designs for the films of Pál Fejős made under the aegis of Mobile Film Studio: Pán (1920), The Black Captain (1920), The Relivings (1920), Lidércnyomás (Jóslat) (1921). He was stage designer on the movie The Mouse (1921) made by Lajos Gellért in Omnia Film Studio. Pál Fejős, who left the country in 1923, suggested that they emigrate together overseas but Kató-Kiszly remained in Europe. During the silent film era, he worked for a short time at the Italian Luce Film founded in 1924.