A Hungarian actress who played in films together with the czar of Bulgaria and Pola Negri. 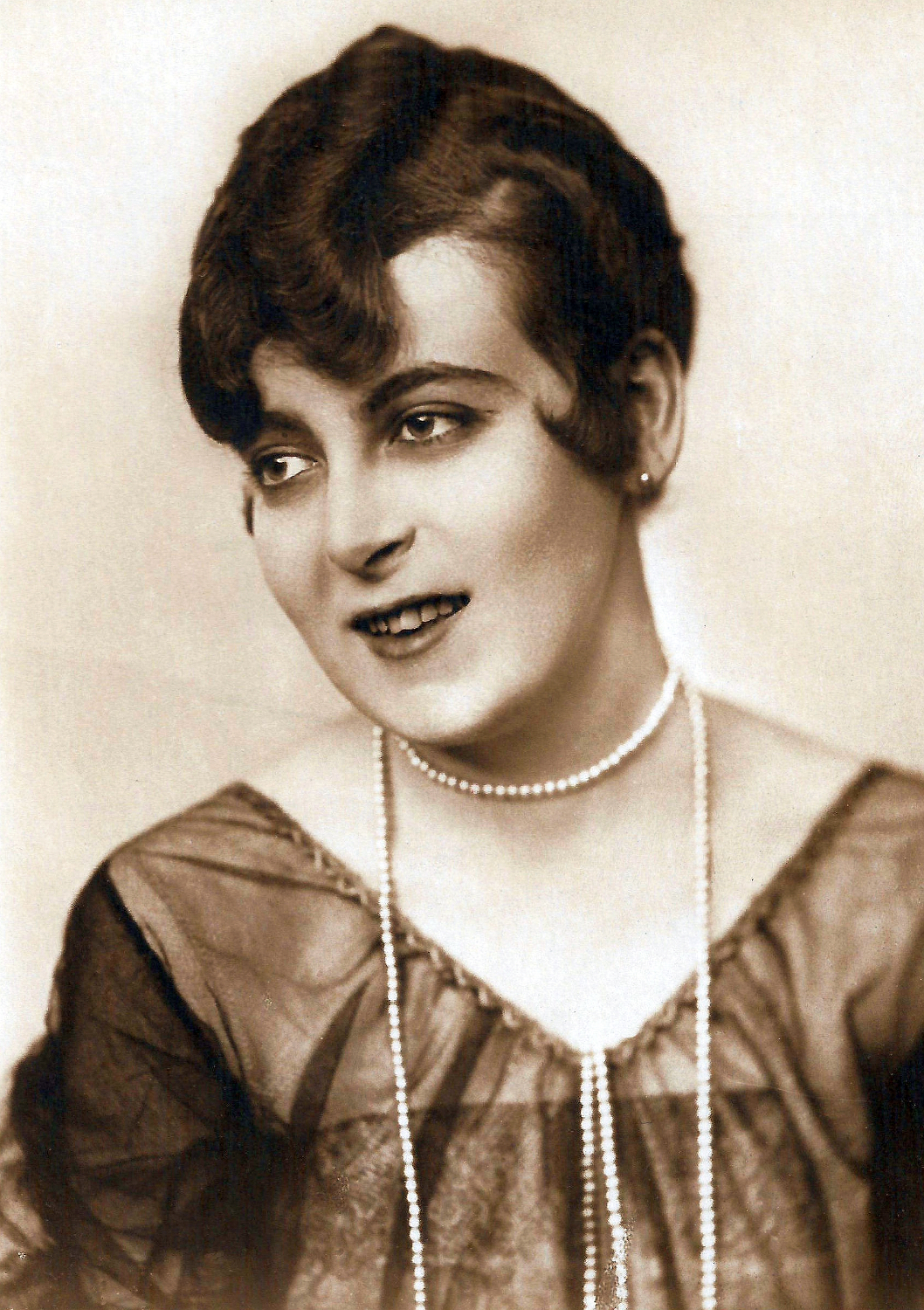 Edith Karolina Meller was born in the Terézváros district of Budapest. Her tradesman father was Lajos Meller and her mother was Eugénia Amália Klug. She spent her childhood in Pressbaum near Vienna and studied acting in the imperial capital.

She got her first film part (the silent movie Bogdan Stimoff) in 1916 thanks to the intervention of the wife of Leopold von Berchtold, Austro-Hungarian foreign minister. The film was shot during the First World War. It is a Bulgarian patriotic national drama set in Sofia, New York, Berlin, Vienna and Budapest. The protagonist of the work made in a German and Austrian-Hungarian coproduction is Bogdan Stimoff (Georg Reimers), the Bulgarian peasant lad accused, wrongly, of murder. To escape imprisonment, he flees to America where he builds a successful career and amasses a fortune. When news of the outbreak of war arrives, he and his Hungarian friend Péter Horváth travel back to Europe to lend support to their homelands. Stimoff has an adventurous journey by boat, submarine and plane, finally becoming a national hero honoured by the king. The unique feature of the film screened to massed audiences at the cinema Mozgókép-Otthon (Home of Motion Pictures) in Budapest is that it includes cameos by Bulgarian Czar Ferdinand I and several members of his family.

Although she had only a small part in it, the film proved an important milestone in Meller’s life for two reasons. On the one hand, she met director Georg Jacoby whom she later married, and on the other hand it launched her career during which she appeared in nearly 50 German-made silent films up to the end of the 1920s. The couple married on 20 April 1922 and divorced in the late 1920s, although by then Meller had appeared in numerous films by Jacoby. Patriotic works urging acceptance of the hardships of war (Die Entdeckung Deutschlands, director: Georg Jacoby, Richard O. Frankfurter, 1916; Der feldgraue Groschen, director: Georg Jacoby, 1917) were quickly followed by popular, adventure and romantic movies. Examples were Der Antiquar von Straßburg (director: Georg Victor Mendel, 1917), Indische Rache (Indian Revenge, director: Leo Lasko, Georg Jacoby, 1920) and Die Frau ohne Seele (director: Léo Lasko, 1920).

Hero of the drama set in exotic locations is Peter Voss (Harry Liedtke), nephew of a wealthy Copenhagen banker, who tries to save his bankrupt uncle by pretending that he stole the missing millions. The daring Voss then flees from his would-be pursuers across five continents while trying to prove his innocence. As he passes through countries he comes across a variety of beauties of different nationalities, one of them Edith Meller.

In the same year, Ernst Lubitsch completed Die Bergkatze (The Wild Cat, 1921) in which Edith Meller stars alongside Pola Negri. The plot, set in a snow-bound forest along the border, sees two women, the tomboy bandit Rischka (Pola Negri) and the local commander’s daughter, Lili (Edith Meller), vying for the favours of the recently arrived, good-looking lieutenant (Paul Heidemann). The fast-moving romance full of satirical elements and visual effects is an unconventional work by Lubitsch from his Berlin period.

In the 1930s, Meller’s career stalled: as a Hungarian Jew, she was not permitted to work in the industry. Her daughter Edith was born in 1936. She avoided deportation thanks to her former husband Georg Jacoby and his new wife, Marika Rökk, who hid them in their Black Forest villa.

Edith Meller died in Berlin in 1953, aged 56. Although she mainly played supporting roles, she was involved in many silent movies. Her name, famed in the 1920s, is all but forgotten today.